We learned who shot J.R., but will we ever learn who voted for Biden?

The show's fans spent most of the summer wondering "Who shot JR"?  In fact, it was millions, and around the world:  Who shot J.R.?  Some 83 million people in the country saw the show or an amazing 76% of all of the TVs in the US.   As I recall, it was Kristin who shot him and the mystery was over!

Forty years later, many of us are asking a different question:  Who voted for Biden?   How did this man win the election given the red wave that swept the U.S. House and state legislatures?   The GOP won everything that mattered, and specially so, looking ahead to redistricting.
Biden may be taking the oath of office in January but the numbers just don't add up, as David Catron wrote:

Yes it does.  We learned who shot J.R. because someone actually did.  In the case of 2020, we "elected" a president but no one can tell you how he won.
P.S.  You can listen to my show (Canto Talk) and follow me on Twitter.

September 2006: Can I go to Caracas and say all of this about Chavez? 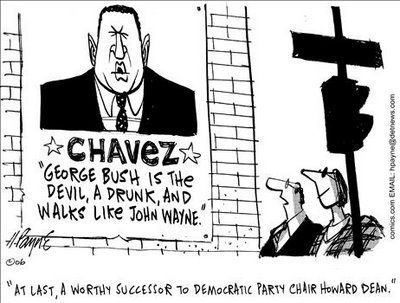 A post from September 2008:
We just saw a good example of why most people would rather live in the US than Venezuela or Iran.

In the US, you can criticize the President without consequence. In Venezuela or Iran....that's another story!

The Iranian president went to a New York news conference and said that US was guilty of ‘hegemony’ and ‘hypocrisy’.

Yet, Ahmedinejad and Chavez would not have allowed anyone to make similar comments about them in Tehran or Caracas.

Freedom matters and that's why so many dictators hate the US. 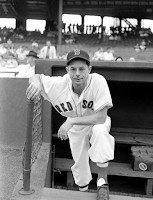 One of my favorite things is to read about baseball players who served in World War II, from Bob Feller in the U.S. Navy to Jerry Coleman in the U.S. Marines.
How do you get any attention when your brother Joe is the best paid player in the game and your teammate playing right field is arguably the best hitter ever?
Well, that’s the story of Dominic Paul DiMaggio, who was born in San Francisco and actually wanted to be a chemical engineer.  Eventually, baseball caught up with engineering, and Dom played in the majors with his famous brother Joe and other brother Vince.
The story goes like this:

Dominic made his major-league debut on April 16, 1940, and had little trouble adjusting to the big leagues, hitting .301 and scoring 81 runs in 108 games in his rookie season. Going into spring training, Dom was concerned that he might not get to play because Boston was loaded with good outfielders: Ted Williams in left, Doc Cramer in center, Lou Finney in right, and Joe Vosmik, a 10-year veteran, as backup.
But Dom, at age 23, had a solid spring and was able to beat out Finney, a .300 hitter the year before, for the starting right fielder’s job. Later in the season, Dom was moved to center field, and there he remained for the rest of his career. The Red Sox showed confidence in DiMaggio by trading Doc Cramer to the Senators during the offseason.
Dom had fond memories of the Red Sox-Yankees rivalry, and especially the media interest in the DiMaggio brothers in center field. He recalled that the newspapers made a big deal out of the first time in 1940 when the Yankees visited Boston for a five-game series.
Dom had 11 hits to Joe’s nine, or as Dom said, “Twenty hits for the family in one series.”
One week later in New York, Joe advised his younger brother to move back because the ball carried well in that part of the ballpark. The next day Dom, taking Joe’s advice, was able to run down a fly ball hit 460 feet to deep center – off the bat of brother Joe.

Then the Japanese bombed Pearl Harbor, and baseball had to take a back seat:

During the ’42 season, as World War II expanded, many ballplayers were drafted into military service. Around this time Dom was labeled the “Little Professor” because of his 5-foot-9, 168-pound frame, his serious expression, and his glasses – necessary to correct his nearsightedness. Dom earned his second All-Star selection that season while on his way to hitting .286 with 110 runs scored, good for third in the league, 272 total bases, and 36 doubles. Early in the season, Dom tried to enlist in the Navy but was told that his vision was an issue. “I had to fight my way into the Navy,” said DiMaggio. “They rejected me because of my eyesight, and for the longest time, I told them I wanted to be in the Navy. I was not about to sit out the war.” Despite a 4-F classification, he was able to enlist after completing the season, and left work and home for a three-year stint in the United States Navy. While in the service, DiMaggio played for the Norfolk Naval Training Station team in Virginia and saw overseas duty as well.
Dominic returned to baseball in 1946, along with Ted Williams, Johnny Pesky, Bobby Doerr, and many of the more than 500 professional baseball players who had served during wartime. The Red Sox had an amazing year, finishing 12 games ahead of the Tigers and 17 games ahead of the Yankees, with 104 wins and only 50 losses. Dom was once again an All-Star, hitting .316 and driving in 73 runs. The Red Sox were exuberant about playing in their first World Series since 1918 and very confident.

Dom had big seasons after his military service.  He hit .328 average in 1950 with 193 hits and led the A.L. with 131 runs scored and 15 stolen bases.  He kept it up in 1951 with a 27-game hitting streak, .296 batting average with 189 hits, and again leading the A.L. with 113 runs.
Who knows what his career numbers would have looked like without those three full seasons of military service?  He was between 26 and 28 years old, or normally the prime years to win a batting title or score a few more runs – a Dom specialty!
Dom retired in 1953 after playing in seven All Star games and hitting .298 over 1,399 games.
After baseball, Dom became a successful businessman.  He founded American Latex Fiber Corporation along with two partners in Lawrence, Massachusetts.  He was involved in running DiMaggio’s Restaurant on famed Fisherman’s Warf in San Francisco, and in real estate on both coasts.  He was co-founder of the Boston Patriots, now the New England Patriots.
So quite a wonderful life for the guy they used to call “The Little Professor.”  Another successful veteran to remember on this weekend when we salute veterans.
PS: You can listen to my show (Canto Talk) and follow me on Twitter.