Will this go down as ‘the mother of all traps’? 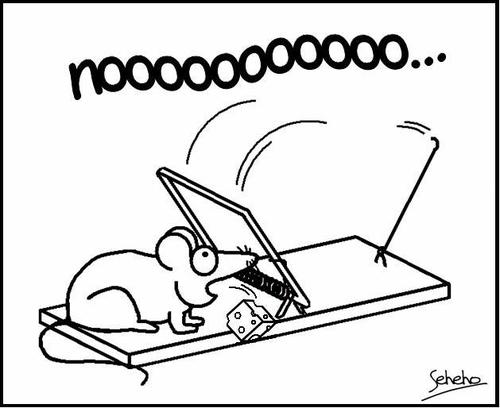 Let’s hope that President Trump starts tweeting and calling on Democrats to start the impeachment process.  It all starts with a floor vote, and no such thing is in the horizon.
The Democrats jumped the gun a bit here.  Speaker Pelosi should have have waited for the evidence.  Instead, she fell for the news story that turned out to misrepresent the phone call, as Marc Thiessen wrote:

Keep in mind, when this story broke, The Washington Postreported “two former U.S. officials” said “Trump’s interaction with the foreign leader included a ‘promise’ that was regarded as so troubling that it prompted an official in the U.S. intelligence community to file a formal whistleblower complaint.”
Well, it turns out Trump makes no “promise” anywhere in the transcript. He makes no threats, either. Indeed, it was Zelensky who raised the issue of investigating corruption, not Trump. “We wanted to drain the swamp here in our country … You are a great teacher for us and in that,” he told the president.

To be honest, I’d have preferred that President Trump had not brought up the Biden issue.  At the same time, he did not violate the law or demand anything, as so many “sources close to the investigation” reported in the media.
So where do we go from here?
President Trump should call on Democrats to begin the impeachment process, including an up-and-down vote.
Second, the Trump team should disclose the Obama-Biden chapter in recent Ukraine history.  They can start by sharing John Solomon’s post.
It won’t be pretty, but President Trump will win this one.
P.S.  You can listen to my show (Canto Talk) and follow me on Twitter.