It became The White Album because it didn't really have a title. Enrique Cabrera has the story:

"With the White Album, the Beatles tried to surprise again the general public.

Sgt. Pepper's cover had been copied repeatedly since it was issued, but they decided this time that a completely white cover would be the best for their new album.
The title was also to be as simple as it gets (usually the title for a debut album) and the cover simply read "The Beatles" embossed in the white cover.

A serial number was the other only visible print in the record.

However inside, a poster, four colour photographs and the lyrics to the songs could be found.

The album, that originally was to be titled "A Doll's House" and was the first one to be published by Apple, became an incredible success and sold over 2 million copies during the first week in the U.S.A.

George Martin would have preferred to have less songs and a single terrific LP.

Some of us thank now the Beatles for not letting him have it his own way.
The Beatles may not be the best Beatles album (for many it is), but it certainly is the most captivating one of the lot.

Mysterious and happy, acoustic and rocking, simple but dense."

There were 30 songs although no single was ever released.


The songs got a lot of airplay on the radio, such as "Back in the USSR" and "Ob-La-Di Ob-La-Da".


The White Album was a huge success. However, it is not among my favorite albums.


The good news is that Rubber Soul and Revolver, my two favorite Beatles' LPs, rank 5 and 3, respectively.

2015: The leaders are not the only ones getting old in Cuba 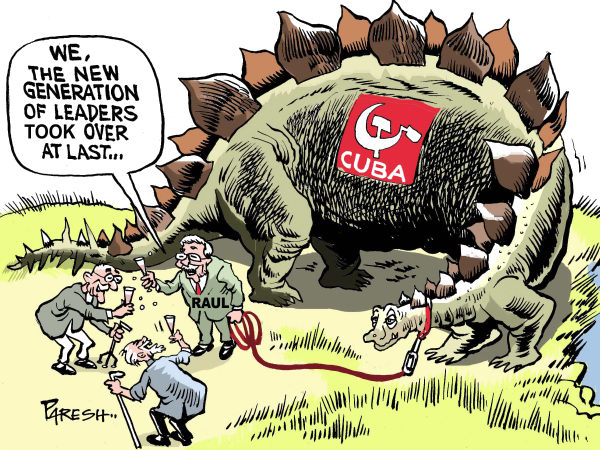 (My new American Thinker post)
For people like me, watching the reality of Cuba is painful. It does not compare with the Cuba that my parents remember. It was not a perfect place by any means but it did not have many of the problems that we see today.
Cuba has a very serious birthrate problem, as we read this week in the New York Times:

By almost any metric, Cuba’s demographics are in dire straits. Since the 1970s, the birthrate has been in free fall, tilting population figures into decline, a problem much more common in rich, industrialized nations, not poor ones.
Cuba already has the oldest population in all of Latin America. Experts predict that 50 years from now, Cuba’s population will have fallen by a third. More than 40 percent of the country will be older than 60.
The demographic crisis is both an economic and a political one. The aging population will require a vast health care system, the likes of which the state cannot afford. And without a viable work force, the cycle of flight and wariness about Cuba’s future is even harder to break, despite the country’s halting steps to open itself up to the outside world.
“We are all so excited about the trade and travel that we have overlooked the demographics problem,” said Hazel Denton, a former World Bank economist who has studied Cuban demographics. “This is a significant issue.”
Young people are fleeing the island in big numbers, fearful that warming relations with America will signal the end of a policy that allows Cubans who make it to the United States to naturalize. Until recently, a law prohibited Cubans from taking children out of the country, further discouraging many from having children to avoid the painful choice of leaving them behind.

Over the last few years, I have spoken to young Cubans who have escaped the island. They tell me that getting married and having children means dealing with milk and diaper shortages. As one Cuban young woman told me: “Why bring a baby into this misery?” They tell me that most young Cubans want to leave because there is no future and no hope that things will get better. They refer to “los viejos” or the old men who run the country.
There are a couple of other reasons for Cuba’s birthrate problems.
The first one is a health care system that provides abortions for free. I heard from one of these young Cubans that hospitals in Cuba have more abortions than births. Abortion is hailed as part of a woman’s health care package. The result is that very few women are choosing to have babies.
The second factor is that the regime marginalized faith or the church. As we see in the U.S., religious young men and women aremore likely to get married and have children. My parents’ Cuba was a very Catholic and traditional country. Today’s Cuba is nothing like that!
We often talk about the dinosaurs who run Cuba, or the 80-something Castro brothers and all of those aging members of the political class.   Needless to say, they are not the only ones getting old.
The entire island is a demographic disaster!
P S. You can listen to my show (Canto Talk) and follow me on Twitter.