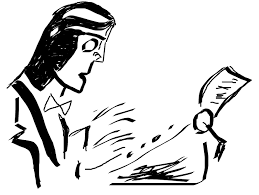 (My new Amercan Thinker post)
Messi is the fútbol player from Argentina who plays for Barcelona, one of the world’s greatest fútbolistas and teams.
Macri is President Macri, the center-right president, elected in early December.
It is Macri who is dominating the front pages lately.
Yesterday, President Macri proved that he is on the right track.  He shut down the government’s support for Telesur:

The pro-business administration of Argentina’s president, Mauricio Macri, will cut its funding of a regional television network started by the Venezuelan government in 2005.
The country is pulling out of Telesur, a self-styled leftist alternative to mainstream media, because of a lack of “pluralism” and being shut out of financial decisions, the Communications Ministry in Argentina said. “Argentina was a partner prohibited from sharing our view,” Hermann Lombardi, the communications minister, said in a radio interview. Telesur was a pet project of Hugo Chávez, the former Venezuelan president, who envisioned a strong socialist voice to counteract what he perceived as unbalanced news coverage from major broadcasters like CNN’s Spanish service.
In addition to Venezuela, sponsor countries include Bolivia, Cuba, Ecuador and Nicaragua.
Relations between Argentina and Venezuela have deteriorated since Mr. Macri’s center-right government took office in December 2015. His predecessor, Cristina Fernández de Kirchner, had maintained strong bonds with Mr. Chavez.

Obama trip to Cuba, the tango, Brazil, cartels in Mexico and other stories

Tags: Obama trip to Cuba, the tango in Argentina, Macri and Telesur, Brazil political crisis, cartels in Mexico To share or post to your site, click on "Post Link". Please mention / link to the My View by Silvio Canto, Jr. Thanks!
Posted by Silvio Canto, Jr. Post Link ---> 12:30 AM