Jerry Koosman was born in Appleton, Minnesota, on this day in 1942.   He broke with the Mets in 1967 and was part of that young pitching staff that included Tom Seaver and Nolan Ryan,

Overall, Koosman won 222 with a career 3.36 ERA.    Wonder how many games he would have won with better teams?   My guess is that it would have at least 275 games and we'd be talking about Koosman in the Hall of Fame.

Great left hander!
P.S.  You can listen to my show (Canto Talk).  If you like our posts, click send drop a dime here.

Ingrid Bergman and "The Bells of St Mary's" 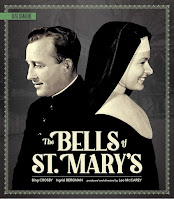 Thank God for DVD's and retro movie channels.    A few days ago, I decided to watch a movie and ended up watching one of my all time favorite movies.    "The Bells of St Mary's" is about Ingrid Bergman playing "Sister Benedict" and Bing Crosby as "Father O'Malley".

I love it for two reasons:

First, "Sister Benedict" reminds me of all of those wonderful nuns who've dedicated their lives to teaching children all over the world.   They taught us love, responsibility and regard for our Judeo-Christian traditions.  We are better men and women today because women like Sister Benedict came into our lives.

Second,  the movie is so inspirational at a time when we can all use an alternative to meaningless "hope and change" speeches.

Check it out and you will see what I mean.  I promise that you will love "Sister Benedict".
P.S.  You can listen to my show (Canto Talk).  If you like our posts, click send drop a dime here.
Posted by Silvio Canto, Jr. Post Link ---> 12:02 AM 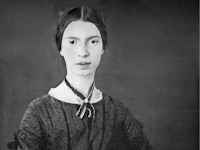 We used to read her poetry in school.      Emily Dickinson was born on this day years ago in Amherst, Massachusetts.  She wrote 1775 poems but only 7 were published in her lifetime.
One of my English teachers loved her work and would give us a full share of her poetry to read.    Glad that she did!

2013: Frank Burke joins me for a Happy Thanksgiving message!

A Thanksgiving message for all of friends and listeners... by Silvio Canto Jr http://t.co/0o4EfM1oax

1982: Air Florida crash and a day for heroes

It was also a day for heroes, such as the stories of passengers Arland Williams and Lenny Skutnik plus bystander Roger Olian.    The 3 were awarded the Coast Guard Gold Lifesaving Medal.

1982: Montana to Clark and "the catch" that broke so many Cowboys' hearts!

It happened on this day in 1982 and it is still one of the biggest plays in NFL history.

Yes, "the catch" broke many Cowboys' hearts but it was an amazing play.

The 49ers were driving to score.   They started at their own 11 and down 27-21.  Montana drove the team down to the Dallas' 6 yard line.   It was 3rd and 3 and SF had to score because a field goal would not have not a difference, i.e. Dallas would run out of the clock.

Montana moved to the right, threw the ball in the end zone and Clark jumped and made the catch.

And they've called it "the catch" ever since!

It happened one Sunday afternoon in January 1982 or the drive that set up "The catch" that put San Francisco in The Super Bowl.   The final score was 27-26.

It may have been the end of the line for those Cowboys' teams of the 1970's. The Cowboys played in one more NFC championship game under Landry in 1983.  They lost to Washington and that was pretty much the end of Landry's post season teams.