Birth rates are lower today than they were back in the 1950's.

Many of us were added to the world's population because of the baby boom, i.e. anyone born between the end of the war and '64. (Clinton and GWBush are the first first baby boom presidents, both born in '46)

Today, there is a new reality in the world. It is low birth rates, i.e. not enough babies in the industrialized world!

This is what David Brooks wrote in 2004, and it is still very relevant today:


You can see surprising political correlations.
As Steve Sailer pointed out in The American Conservative, George Bush carried the 19 states with the highest white fertility rates, and 25 of the top 26.
John Kerry won the 16 states with the lowest rates.
In The New Republic Online, Joel Kotkin and William Frey observe, "Democrats swept the largely childless cities -- true blue locales like San Francisco, Portland, Seattle, Boston and Manhattan have the lowest percentages of children in the nation -- but generally had poor showings in those places where families are settling down, notably the Sun Belt cities, exurbs and outer suburbs of older metropolitan areas."

It will have political consequences, to say the least.

Check out our podcasts.
P.S.  You can listen to my show (Canto Talk).  If you like our posts, drop a dime here.

A generation ago, young men were drafted for military service. The draft ended in the 1970's under President Nixon.

One of those young men drafted was the legendary Elvis. He joined the US Army on this day in 1958.

He could have fought the draft with legal gimmicks and technicalities, starting with the fact that he was already 23!

Nevertheless, he went, did his duty and came back to more success.

Then he went to Baltimore and hit behind Ken Singleton:  387 RBI over 4 years. 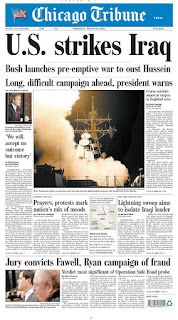 President Obama recently said that ISIS is the consequence of our invasion of Iraq.  Unfortunately, the interviewer did not challenge him or ask a couple of follow-up questions.

For example, why didn't ISIS exist when we had troops as late as 2011?  Is it just a coincidence that ISIS filled the vacuum that our departure created?

Yesterday was the 12th anniversary of President Bush starting the 2nd Iraq War:


On this day in 2003, the United States, along with coalition forces primarily from the United Kingdom, initiates war on Iraq. Just after explosions began to rock Baghdad, Iraq’s capital, U.S. President George W. Bush announced in a televised address, “At this hour, American and coalition forces are in the early stages of military operations to disarm Iraq, to free its people and to defend the world from grave danger.”

After President Bush spoke that night, a bunch of Democrats ran to the microphones and news shows to support the invasion.  These are the same Democrats who looked at the information and came to the same conclusion about weapons of mass destruction.

By the way, where was Barack Obama that night?  I don't know, but he had the luxury of not having to make a decision about the war, unlike Hillary Clinton and John Kerry, who had to vote one way or the other on the issue.

The tragedy of the Iraq War is that it was shamefully politicized by Democrats and the postwar period terribly mishandled by President Obama.

We did not leave a military force and created the vacuum that ISIS filled and continues to fill.

What if we had walked away from Korea after the 1953 truce?  Or Germany after the war ended in 1945?

The answer is that we would have lost South Korea to the communists, and Europe would have drifted into chaos and potential intervention of Soviet troops.  The bottom line is that the Korean peninsula and Western Europe would have had a very different timeline if we had come home too soon to fulfill some misguided campaign promise.

Thankfully, we had leaders and statesmen like Harry Truman and Dwight Eisenhower, who saw the big picture rather than just telling people what they wanted they hear.

Last but not least, we remember today the sacrifice of the soldiers and their families, especially those who were killed.What's worse than a war?  The answer is ending a war irresponsibly, as President Obama did with Iraq.

One of these young men was Nathan Aguirre, from our community and church.

Iraq then and now: Bush was right and Obama was wrong

We recall this week the 13th anniversary of the start of the Iraq War II. It’s a moment to reflect on a decision that still looks correct to me a decade later.
The first question we should ask is: What if President George W. Bush had not invaded Iraq?
The problem is that we always know what did happen as a result of a war, but we will never know what didn’t happen.
What if President Bush had not made the decision? Let me suggest this scenario:
1. Saddam Hussein would have become a bigger threat to the region and the U.S. Saddam Hussein had clearly come to the conclusion that the West would not stop him and was acting as such.
2. Iraq would have continued shooting at U.S. and UK planes enforcing UN resolutions. How many times do you allow someone to fire missiles at your aircraft without interpreting it as an act of war?
3. What about Israel? Saddam was not a friend of Israel.  What would the Middle East look like with Iraq and Iran threatening Israel?  Maybe Iran and Iraq would have gone to war again? Or, maybe they would have attacked Israel? We do know today that Iraq won’t be attacking Israel or has WMDs to threaten its neighbors. We can thank President Bush for that.
Yes, Bush’s critics need to answer one simple question: what if Bush had not invaded Iraq?
So far, I have not heard anyone explain to me how the region would have been better if we had left Saddam in power. All I hear is that we lost 4,400 men and lots of treasury. Yes, that’s a serious cost, especially since one of my fellow ushers at church lost a son in Iraq.
Or, they say “knowing what we know now”, a silly question at best. Leaders don’t make decisions that way. They have to make a call based on what we knew then. What we knew in September 2001 is that the twin towers had been brought down, Saddam Hussein was behaving very badly and no one wanted a nuclear 9/11.
It’s very easy to say that nothing would have had happened. We knew Saddam’s intentions to push his weight around the region. If Americans have learned anything since 9/11 is that when people say they intend to kill you please take them seriously.
The second question is: what if President Obama had left a force in Iraq in 2011 to protect our gains? This is a more relevant question and the Middle East is exhibit A of what our retreat accomplished.
For the moment, President Bush gets all of the criticism about Iraq and President Obama gets a free pass from a friendly media. Over time, it will change and President Bush will get credit for leadership and president Obama will be blamed for retreating and forcing his successor to have to go back in.
P.S.  You can listen to my show (Canto Talk).  If you like our posts, drop a dime here.
Posted by Silvio Canto, Jr. Post Link ---> 12:04 AM

We remember Richie Ashburn who was born in Nebraska on this day in 1927.

He was third in the NL Rookie of the Year vote behind Alvin Dark and Gene Bearden.

Over the next 14 seasons, Ashburn won 2 batting titles, led the NL in hits 3 times, 4 OBP titles and twice in triples. 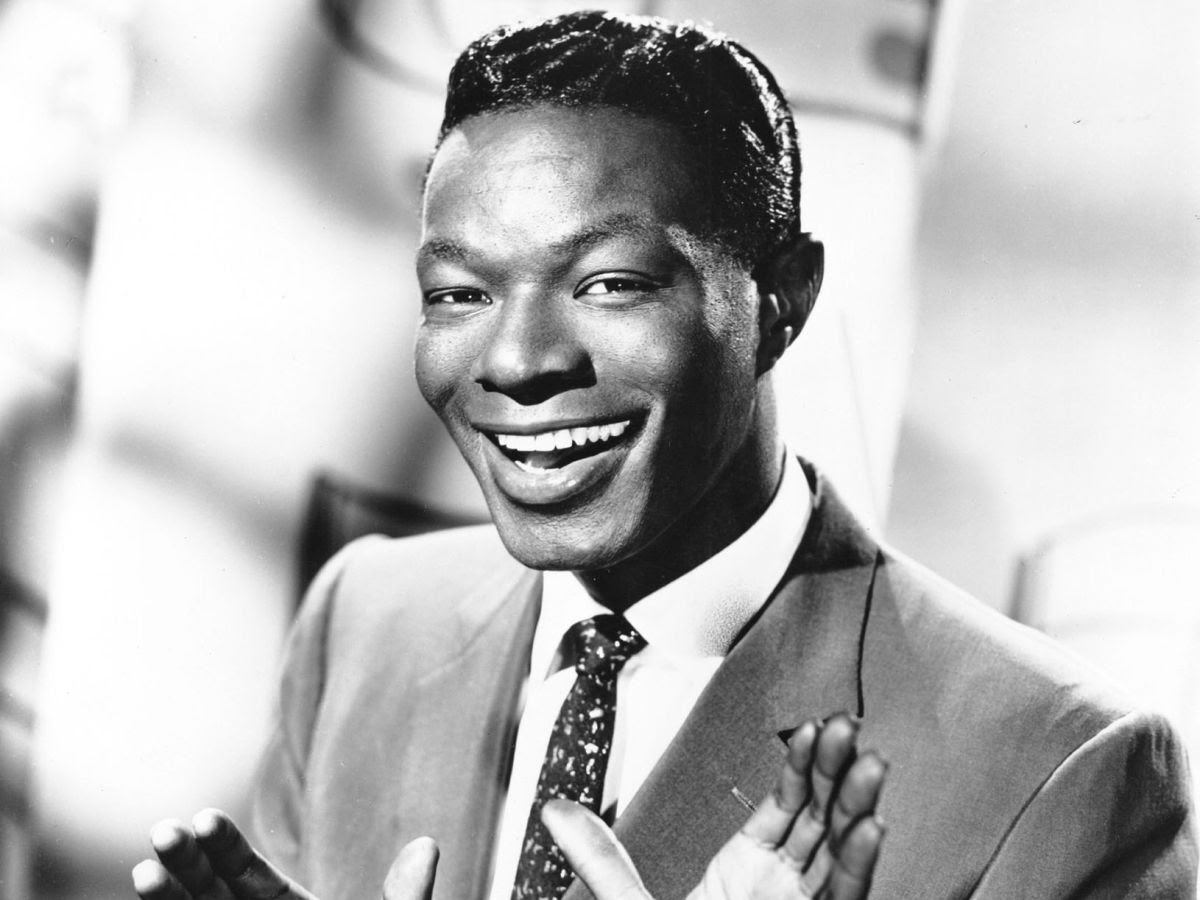 Like many of you, I grew up with Nat King Cole's songs on my parents' turntable.


In our case, it was listening to Nat King Cole singing in Spanish.


Did you know that Nat King Cole recorded an album of Spanish songs in Cuba in 1957?


It's still one of my parents' favorites! I like it a lot too! I also have come to appreciate Cole's great voice and arrangements!


Back in March 2009, Scott Johnson posted this note about Nat King Cole:

"Today is the anniversary of the birth of the great Nat "King" Cole.

Cole was born on St. Patricks's Day, though until Daniel Mark Epstein did the research for his biography of Cole, we weren't entirely sure that the year was 1919.

He was born in Montgomery, Alabama and grew up in Chicago after his father moved the family there in 1923 to pursue a career in the ministry.

Cole first made his name as a jazz pianist. He developed an intensely loyal jazz audience with the King Cole Trio (Oscar Moore on guitar and Wesley Prince on bass), the outfit that established the piano/guitar/bass format as a formidable jazz vehicle.

It is almost unbelievable, given Cole's talent as a vocalist, that the Trio in fact began as an instrumental combo."

Cole was one of the greatest male vocalists of the 20th century. He died awfully young but his music lives on.
P.S.  You can listen to my show (Canto Talk).  If you like our posts, drop a dime here.

We recall today The Truman Doctrine, or a "de facto declaration" of the Cold War made by President Truman on this day in 1947.

The Doctrine was based on the idea that the US was in a life-or-death struggle with the USSR.  It set the guidelines followed by every president, from Truman until the collapse of the USSR in 1991.
PS: You can listen to my show (Canto Talk).

As you may remember from your US history class, the 1876 election was one of the most controversial ever.

Mr. Tilden won the popular vote but Mr. Hayes eventually earned enough electoral votes to become president when Florida, Louisiana, and South Carolina finally reported their numbers.    The delay was part of a negotiation to get Mr. Hayes to agree to remove federal troops from the South.

On this day in 1877, Mr. Hayes was sworn in as the 19th president of the US in a private ceremony.   The public ceremony was held two days later because March 4th was a Sunday.

Mr. Hayes' presidency was very difficult, in part because of the aforementioned election.    He was defeated for reelection in 1880.
P.S.  You can listen to my show (Canto Talk).  If you like our posts, drop a dime here.