Tags: Immigration in Canada, Barcelona terror, Monuments down and so is cash for Democrats, Trump and Bannon To share or post to your site, click on "Post Link". Please mention / link to the My View by Silvio Canto, Jr. Thanks!
Posted by Silvio Canto, Jr. Post Link ---> 11:30 PM

Why didn't Pelosi remove the Confederate statues when she was Speaker and Dems had majority? Why now pander lady?

Why didn't Pelosi remove the Confederate statues when she was Speaker and Dems had majority? Why now pander lady? pic.twitter.com/u91GoUXRfC
— Silvio Canto, Jr. (@SCantojr) August 19, 2017

Just saw a poll that 44% of African Americans want the monuments to stay up.....same poll has it at 62% overall

Maybe this Bannon exit is a sign that Mr Kelly is in charge.....that'd be good....but the chaos has to stop and soon. 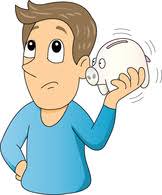 (My new American Thinker)
As we watch monuments coming down, we also take a look at the Democrats’ cash situation. To say the least, it is not pretty as we see in this latest update:

Months of post-election malaise hamstrung the Democratic National Committee’s (DNC) fundraising over the first six months of 2017, creating a serious money gap with Republicans and raising questions about Democrats’ ability to take advantage of opportunities in the 2018 midterms.
The DNC raised $38.2 million in the first half of the year, compared with the Republican National Committee’s (RNC) $75.4 million haul during that period — a $37.2 million difference.
As of June 30, the RNC has almost $45 million in the bank, while the DNC has just under $7.5 million, along with $3 million in debt.
Many Democrats are frustrated by the sluggish fundraising pace, which comes even as President Trump’s sagging approval rating drives Democratic outrage across the country.

I guess that they’ve been busy bringing down monuments and carrying out “the resistance”.
The Democrats have two problems and bringing down monuments will not fix them.
First, they’ve reduced their entire message to being anti-Trump. They are dangerously putting all their eggs in one basket and hoping that Trump fumbles and they score. Trump may fumble, but he may not. I don’t know of a single NFL coach who comes into a big game hoping that the opponents will fumble. Normally, your playbook is based on plays that get you a TD and the other side’s fumble is a gift that you gladly take.
Second, the Democrats have chosen two issues that most Americans don’t support, i.e. sanctuary cities and bringing down monuments.
The Democrats, the “out party”, has a chance to make gains in President Trump’s first mid-term election. However, they don’t seem to be positioning themselves for such a victory. Instead, they look invested in the policies that cost 1,000 seats during the Obama years.
P.S. You can listen to my show (Canto Talk) and follow me on Twitter.
Tags: Monuments down cash low for Democrats To share or post to your site, click on "Post Link". Please mention / link to the My View by Silvio Canto, Jr. Thanks!
Posted by Silvio Canto, Jr. Post Link ---> 7:00 AM