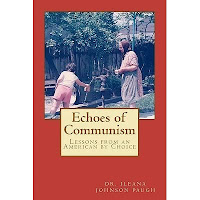 (My new American Thinker post)
It was Christmas week 1989, and the old Soviet bloc was falling apart and undergoing a birth of freedom.  In Romania, a communist dictatorship collapsed this week:

The end of 42 years of communist rule came three days after Ceausescu’s security forces opened fire on demonstrators in Timisoara. After the army’s defection, Ceausescu and his wife fled from Bucharest in a helicopter but were captured and convicted of mass murder in a hasty military trial. On December 25, they were executed by a firing squad.

Watching all of this was Dr. Ileana Johnson Paugh, who left in the late 1970s looking for freedom.  She left her family behind.
She wrote about her Romanian memories, her parents, and a Christmas tree.
Here is the beginning of the article:

As long as I can remember, my Dad came home every December with a scraggly blue spruce, fragrant with the scent of winter, tiny icicles hanging from the branches. The frozen miniature crystal daggers would melt quickly on Mom’s well-scrubbed parquet floor. I never knew nor asked where he had found it, or how he could afford it.
His modest salary of $70 a month barely covered the rent, utilities, and food.
Mom had to work as well to afford our clothes. Prices were subsidized by the government and salaries were very low for everybody regardless of education and skill. We had to make do with very little.

It is a great article and should be read in full.
Merry Christmas!  It is especially meaningful to those of us who understand communism and efforts to celebrate Christmas.
Merry Christmas, and remember those who are not as fortunate as Americans are.
P.S.  You can listen to my show (Canto Talk).  If you like our posts, click send drop a dime here.
Posted by Silvio Canto, Jr. Post Link ---> 12:07 AM

2013: Cuban Americans and the first Thanksgiving in the US

We looked back at our first Thanksgiving in the US with 3 fellow Cuban Americans who came here with their families years ago. 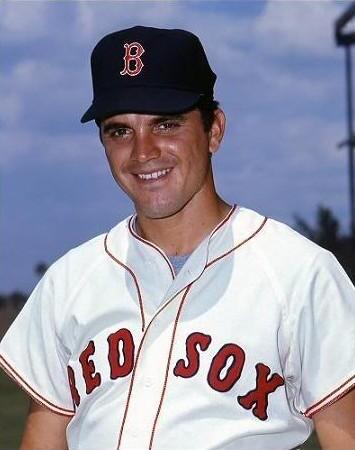 Tony Conigliaro was born in Revere, Massachusetts, on this day in 1945.

Without a doubt, Tony C was destined for super stardom.

A sad story. He had the personality and power to be one of the all time Red Sox players but never recovered from that eye injury.

Tony C was the only teenager in MLB history to hit 25 home runs in a season, as well as the youngest player in American League history to reach 100 career home runs.