The taxes they are a-changin' 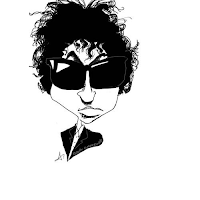 What do you know?  Guess who is taking advantage of tax laws?  The answer is Bob Dylan.

Why did he do it?  I guess that Dylan was listening to his tax advisor, according to Fortune:

For a number of reasons, late 2020 may be the absolute optimal moment to sell a top-tier music catalog, and Bob Dylan’s catalog is arguably on a tier of its own near the very top. Universal Music Group announced on Dec. 7 that it had bought Dylan’s catalog of some 600 songs; while UMG didn’t disclose the price, speculation in the industry hovers around $300 million.

The deal’s value to Dylan depends on how the proceeds get taxed. A gigantic windfall like his would normally be taxed as a capital gain at a rate of 20% under current law. But President-elect Biden has proposed taxing capital gains as ordinary income for taxpayers with income over $400,000. The top ordinary income rate is now 37%, and Biden has proposed raising it to 39.6%. If the Democrat candidates win both senatorial elections in Georgia, giving the party a Senate majority, significant changes to tax law become a plausible scenario.

Such changes rarely happen quickly, but changes to tax law have sometimes been retroactive to the beginning of the year in which they’re enacted. The Skadden Arps Slate Meagher & Flom law firm is warning clients:

“The potential elimination of the capital gains rate preference, along with the anticipation of a likely corporate rate increase, could also serve as potential catalysts for taxpayers to close M&A deals this year if they anticipate that these proposals could be enacted in the first year of a Biden presidency, with the possibility of a retroactive effective date of January 1, 2021.”

So Dylan was reacting to the possibility of Biden tax increases?

I am not going to criticize Dylan for maximizing his financial position.   Most of us would do the same thing.  Nevertheless, it's hysterical to watch these people who publicly hate Trump prepare themselves against upcoming the left's tax increases.   It makes you wonder what he really meant when he sang:

"Come writers and critics Who prophesize with your pen

And keep your eyes wide

Who would have guessed that Bob Dylan would take advantage of GOP tax laws?

A 2015 chat with Bill Katz about Frank Sinatra