Tuesday's show: Sexual misconduct hits media personalities and a few other thoughts of the day

The NFL Players Union needs some leadership too 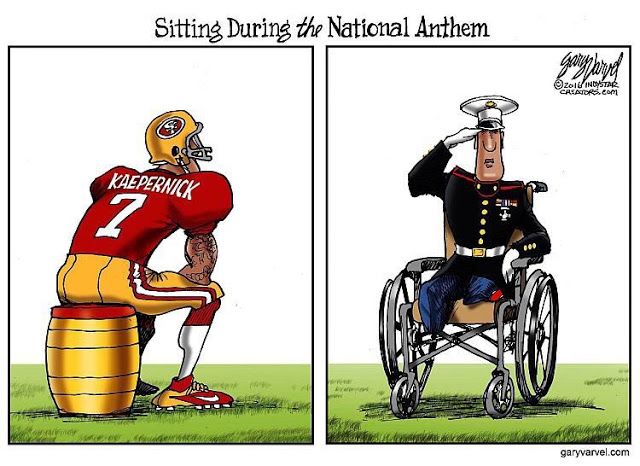 On any given Sunday, there are a few thousand people who get a paycheck directly or indirectly from the NFL. Every team has 40-plus players, coaches, and office staff on the payroll. Every city has people who work full or part time at the stadium or activities related to the game. Let’s not forget the sports media who exist because people follow the game.
Despite the size of the business, and the great salaries of players, it’s amazing to me that the NFL Players Union is so weak when players act stupid.
Let’s talk about Marshawn Lynch, the Raiders’ running back, who did something totally indefensible in Mexico City:

President Donald Trump took to Twitter to criticize Oakland Raiders running back Marshawn Lynch early Monday morning.
After photographs surfaced showing Lynch standing during the Mexican national anthem and sitting during the US national anthem at a game against the New England Patriots in Mexico City on Sunday, Trump called for his suspension.
“Marshawn Lynch of the NFL’s Oakland Raiders stands for the Mexican Anthem and sits down to boos for our National Anthem. Great disrespect! Next time NFL should suspend him for remainder of season. Attendance and ratings way down,” he tweeted.

My guess is that most Americans agree with President Trump’s testament. Lynch just handed the international anti-U.S. left a photo for them to spread around and talk about racism.
Where is the players’ union? Don’t they see what this very small group of players is doing to their business? I would think that union leaders would draw the line when a player shows disrespect in a game in London or Mexico City.
The NFL stands for No “You know what” leadership these days! Very sad!
P.S. You can listen to my show (Canto Talk) and follow me on Twitter.
Tags: NFL lacks leadership To share or post to your site, click on "Post Link". Please mention / link to the My View by Silvio Canto, Jr. Thanks!
Posted by Silvio Canto, Jr. Post Link ---> 11:00 PM

3 young men released in China but....