Let’s go to war with the Sisters again 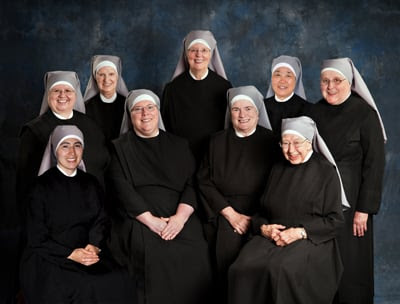 On Monday morning, I drank a quick coffee and watched Professor Alan Dershowitz argue that Dems have to move center if they want to win!
For the sake of centrist Democrats horrified at the state of their party, I hope that they are watching or listening to the liberal professor in California.
We learned a few days ago that some Democrats are after the Sisters again:

The Little Sisters of the Poor are heading back to court to defend themselves against the Obama administration’s Health and Human Services mandate to provide contraception, yet again.
In an unusual political move, Pennsylvania and California sued the Little Sisters, demanding the same group who won at the Supreme Court in Zubik v. Burwell provide contraceptives in their state.
In early October, HHS issued a new rule that protects religious non-profits like the Little Sisters of the Poor from providing anything like contraception that would violate their religious beliefs.
In a press release, Mark Rienzi, senior counsel at Becket and lead attorney for the Little Sisters of the Poor, said: “Sadly Josh Shapiro and Xavier Becerra [attorneys general in Pennsylvania and California, respectively] think attacking nuns is a way to score political points. These men may think their campaign donors want them to sue nuns, but our guess is most taxpayers disagree. No one needs nuns in order to get contraceptives, and no one needs these guys reigniting the last administration’s divisive and unnecessary culture war.”

Crazy, and that’s all you can say!
As the article points out, there is a lot of political posturing here, with state attorneys general looking for some donations from Planned Parenthood or perhaps Hollywood.
Once upon a time, most reasonable people of whatever faith would have applauded a group of religious women taking care of the sick. After all, these sisters are taking care of people and often without insurance.
The ladies are not a threat to anyone, unless you are in the pockets of Planned Parenthood and use these frivolous lawsuits to keep the donations coming.
P.S. You can listen to my show (Canto Talk) and follow me on Twitter.
Tags: Democrats vs Sisters To share or post to your site, click on "Post Link". Please mention / link to the My View by Silvio Canto, Jr. Thanks!
Posted by Silvio Canto, Jr. Post Link ---> 7:30 AM