Monday's show: The Trump-Trudeau clash, North Korea and a few other stories of the day

A NAFTA story that we don’t hear about

Do you think that NAFTA is controversial in the U.S.? Let me tell you that it’s pretty controversial in Mexico.
On the surface, Mexico looks rather modern, from U.S.-style shopping centers full of imported goods to chain restaurants familiar to us up here. Spend a night with a Mexican middle-class family and you will see teenagers texting, mom ordering pizza on line, or dad taking an Uber from the airport. And then there is a movie on Netflix. Honestly, you feel like you could be in a U.S. home.
Outside of the major cities, the situation is different. This is because NAFTA has hit Mexican farmers rather hard, as Kimberly Amadeo wrote:

Thanks to NAFTA, Mexico lost 1.3 million farm jobs.
The 2002 Farm Bill subsidized U.S. agribusiness by as much as 40 percent of net farm income.
When NAFTA removed trade tariffs, companies exported corn and other grains to Mexico below cost.
Rural Mexican farmers could not compete.
At the same time, Mexico reduced its subsidies to farmers from 33.2 percent of total farm income in 1990 to 13.2 percent in 2001.
Most of those subsidies went to Mexico’s large farms.
These changes meant many small Mexican farmers were put out of business by highly subsidized American farmers.

Hello Lopez-Obrador, the leftist populist leading in the polls. He does not like NAFTA either.
I supported NAFTA in 1993. I have seen how it helped Mexico, although the benefits have not reached the farm lands.
It’s completely correct to sit down and renegotiate NAFTA. Let’s hear from U.S. manufacturers, too.
Or perhaps we should drop NAFTA and do separate deals with Canada and Mexico.
Back in 1993, the argument was to create a North American market. It accomplished that to some extent but it probably also fueled a lot of the illegal immigration that we saw post-NAFTA. Coincidence or not, most of those young men who walked north to find “la chamba” (jobs) that they couldn’t find in rural Mexico.
P.S. You can listen to my show (Canto Talk) and follow me on Twitter.


"Under Ohio rules, registered voters who fail to vote in a two-year period are targeted for eventual removal from voter rolls, even if they haven’t moved and still remain eligible.
The state says it removes names from registration only after local election boards send notices, and if there is no voting activity for the next four years."

It sounds me that the state made an effort to contact the voter.   Doesn't the voter have some responsibility in updating the rolls or registering in another jurisdiction?   I've moved a few times in my life and always updated my voters' card.

Do these people think that they are hurting Trump with these statements? 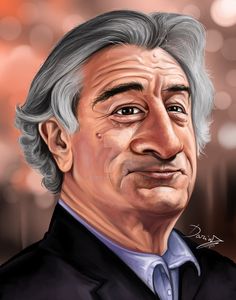 Do these people think that they are hurting Trump with these statements?

In fact, this is hurting the Democrats who continue to allow these "unhinged" people to be the face of the party:  "Robert De Niro Says ‘F— Trump’ at Tony Awards, Gets Standing Ovation."

Bush Derangement Syndrome: the acute onset of paranoia in otherwise normal people in reaction to the policies, the presidency — nay — the very existence of George W. Bush.

Scratch Bush and replace it with Trump. Everything else is the same! Did you hear Robert Di Niro’s over the weekend?
P.S. You can listen to my show (Canto Talk) and follow me on Twitter.
P.S. Check out podcasts:

January 2010: The special US Senate election in Massachusetts

According to the consultants, we learned a few things in Massachusetts:


1) The voters do not want socialized medicine. In other words, this is the US not Europe.

2) The voters are not crazy about giving so many "rights" to terrorists. In other words, keep GITMO open and down there.

3) Bashing Bush does not work anymore.

This is the POLITICO story and how BDS went bust: