Back in the good old days, when there were two songs on a vinyl disc, I loved Marvin Gaye’s “Too Busy Thinking about My Baby.”  It was a song about a young man obsessed with a young woman.  In other words, he couldn’t stop thinking about her!
Let’s say some in the media, Hollywood, and Democrats are too busy thinking about everything Nixon.
They cannot stop writing books or making movies about it.
The latest one is a movie about and called The Pentagon Papers.  I have not seen it, but my guess is that President Nixon is the villain, and a guy named Daniel Ellsberg saved the republic.  Maybe my pre-movie review is wrong, but I don’t think so.
Enter Kyle Smith, who wrote a post about it:

What is going on is that, like the flabby 59-year-old who can’t stop telling you how he scored the winning touchdown in high school, liberals can’t stop reliving the Watergate era.
To them, Watergate stands for the twin milestones, never approached since, of taking out a Republican president and making heroes out of liberal reporters.

This movie will be released in the context of real media bias and an apparent lack of interest in real threats to the republic, such as a politicized FBI and investigations staffed with people hostile to the man they are investigating.  Why didn’t A.G. John Mitchell think about that?
Wouldn’t it be nice if they got that excited about Benghazi or the IRS going after conservative groups?  Nevertheless, too much Nixon gives them another escape from the real reasons why Mrs. Clinton lost in 2016!
It’s President Nixon, Watergate, Daniel Ellsberg, John Dean, and probably V.P. Spiro Agnew, all the time.
I am looking forward to Tom Hanks in the role of a conservative think-tank president who got a hostile letter from the Obama IRS.  Anyone think it could happen?

At least the economy is doing well.....

48 hours ago Trump was going to “tweet us” to a nuclear war with North Korea...what happened to that? NK must be confused that Trump didn’t push his bigger button...at least the economy is doing well....so good night sweet dreams....tomorrow is another day...
— Silvio Canto, Jr. (@SCantojr) January 5, 2018

Have not read it but Trump made this book famous with his reaction........

Have not read it but Trump made this book famous with his reaction...at the same time,these books are usually more hype than anything else.....publisher usually pumps the book with a juicy tease.....save your money.......... https://t.co/4vFe4TzDHc via @amazon
— Silvio Canto, Jr. (@SCantojr) January 4, 2018

2005 was a difficult year. We lost a few interesting people, some who changed our lives forever.

First, we lost Pope John Paul II, the greatest pope in centuries. I don't know what people will say 500 years from now. I do know that they will remember the man from Poland who went on to become Pope and now a Saint.

Another loss was Rosa Parks, the simple lady from Alabama who stood up to segregation.

Last but not least, we lost Johnny Carson, the man who brought so much laughter and entertainment for a generation.

Thank you Monica Showalter......So Trump didn't want to be president but colluded with the Russians to do it?

You mean people would rather "choose" what health insurance to buy?

All of the talk about "tax reform" overlooked that the Obama Care mandate was killed by the US Congress.    No more mandate or no more penalty for not buying health insurance.

Scott Rasmussen, once of Rasmussen Reports, has a great post about Obama Care and consumers:


Last year, an estimated 15 million Americans would have dropped out of Obamacare if they could. Now they can. Another 6.5 million paid a fine rather than sign up for coverage. This means that more than 20 million people directly benefit from the repeal of the mandate.
Most of these people would prefer to buy insurance that meets their needs, but the Obamacare mandate did more than say that people had to buy insurance. It said they had to buy a very comprehensive and expensive set of benefits. Especially for young people, it was often far more insurance than they needed and far more costly than they could afford.
The reality is that there is no one-size-fits-all solution to health insurance. Different people have different needs and preferences.
This reality will create a demand for a variety of insurance options to meet a variety of needs. Some people will prefer more comprehensive coverage and higher premiums. Others will opt for less coverage and lower premiums. All will be covered against catastrophic events but day-to-day coverage will vary.

Killing the mandate did not repeal Obama Care but it was a huge head start.    Like Mr. Rasmussen points out, you will now see Congress, and hopefully state legislatures, move in the direction of letting people "choose" what type of health insurance they want to buy.

By mid-year, Raul will be wishing that he had died before Fidel! 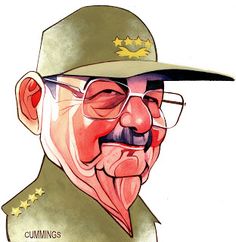 Raul is in charge but can’t retire or walk away from the mess that his brother created.
Fidel was lucky. He could always count on a large number of useful Western leftists who put their hatred of the US above their love for the Cuban people. In other words, they loved Fidel because he was the ultimate “anti-yanki”!   It was cool and cost-free to hang around with Fidel.
In reality, these leftists did not like Castro. They hated the US!
Raul has not been so lucky.  He has to work with China, a country that wants to get paid!
He was forced to say that Cubans had to work rather than expect the state to take care of them.
Worse than that, Raul never had a relationship with the Cuban people. He was always in the background and largely unknown to the public.
Raul will be very lonely as the curtain comes down on these two corrupt and criminal brothers!
By mid-year, Raul will be wishing that he had died before Fidel!
PS: You can listen to my show (Canto Talk) and follow me on Twitter.
Posted by Silvio Canto, Jr. Post Link ---> 8:00 AM

The Dems are in a tough spot over DACA.

The Dems are in a tough spot over DACA....they will be forced to negotiate and accept border & immigration enforcement regulations....it is also a huge problem for red state Democrats...."Divided Democrats face liberal backlash on immigration"... https://t.co/pWYYpKEtAU
— Silvio Canto, Jr. (@SCantojr) January 4, 2018

November 2005: They had a vote and the liberals wimped out on getting out of Iraq

This is not a landslide. This is a wipe out.

So yesterday, the Republicans decided to put the issue to a vote. And the liberals went wimpy on withdrawing from Iraq.
Posted by Silvio Canto, Jr. Post Link ---> 6:30 AM 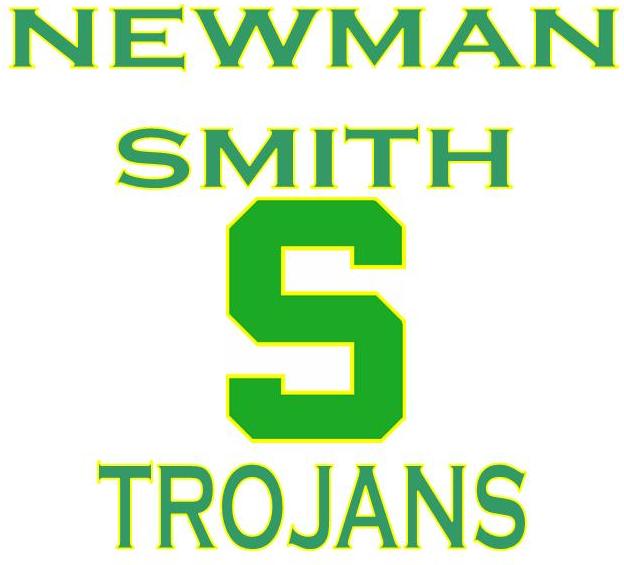 In October 2003, our family watched the Trojans defeat enemy #1 Creekview.   The game was decided when Michael Cebold hit a last minute field goal.

Can you believe 15 losses in a row? Sadly, there were so many close games that could have gone either way.   They went 0-15 but they were competitive in most games.

After the game, we congratulated head coach Bobby Bounds and the entire staff.    And the team enjoyed it too!

P.S. I should add that #2 son Gabriel was a junior and playing varsity. Our # 3 son Alejandro was a freshman and they won Thursday night too!

Over the years, I hit the Democrats very hard. Simply put, many Democrats were irresponsible and lacking in backbone.

We always made an exception for Sen. Lieberman:


"As I look back on it and as I follow the debates about prewar intelligence, I have no regrets about having sponsored and supported that resolution because of all the other reasons we had in our national security interest to remove Saddam Hussein from power – a brutal, murdering dictator, an aggressive invader of his neighbors, a supporter of terrorism, a hater of the United States of America.

He was, for us, a ticking time bomb that, if we did not remove him, I am convinced would have blown up, metaphorically speaking, in America's face.
I am grateful to the American military for the extraordinary bravery and brilliance of their campaign to remove Saddam Hussein."