A look at the financial condition of "blue states" with Richard Baehr 04/23 by Silvio Canto Jr | Politics:

Guest: Richard Baehr, Chief Political Correspondent American Thinker......We will look at the talk of bailing out 'blue states' after Coronavirus.....and other stories........click to listen:

Thursday’s video: Talk of bailing out blue states....click to watch: 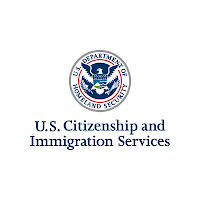 Not surprisingly, U.S. President Donald Trump has signed what he calls a pause to immigration to the United States for 60 days while the country battles with the spread of the covid-19 coronavirus.
This announcement has spurred massive controversy both in the United States and abroad, particularly in Mexico.
But it is important to understand that Trump’s plan is for a pause, not a permanent closing of immigration into the country.
Trump tried to explain this when he first made the announcement.
Nevertheless, the widely expected Democrat response came swiftly, as Forbes published on Tuesday, April 22:  “Trump Slammed For ‘Xenonophic Scapegoating’ after Proposing U.S. Immigration Ban.”
And there were plenty of other headlines that followed.
Another factor that is important to remember is that Trump’s decision is not totally about Mexico (or even about Central American migrants), although, by most accounts, the situation south of the U.S. border is uncertain, to say the least.
As Pulse News Mexico pointed out on Sunday, April 19, when the official death count in Mexico passed the 100-people-a-day mark:
“With 622 new confirmed cases, the number of the total infected in the country had risen to nearly 7,500 on Saturday, (Health Undersecretary Hugo) Lopez-Gatell said, although many medical experts are warning that the incidence of the disease is grossly unreported in Mexico.”
Again, read the line; “grossly unreported.”
My personal and business contacts in Mexico are saying the same thing. In other words, they don’t feel that the United States actually knows the extent of the virus’ spread in Mexico due to a lack of testing and an absence of government accountability regarding cases.
In short, there is no way of knowing whether Mexico will follow in the footsteps of North Dakota or Italy. There simply is no reliable information on which to make a judgement.
The only thing we know for sure is that covid-19 cases are on the rise in Mexico, and without transparency about figures from the Mexican government, there is no telling how widespread the pandemic in Mexico really is.
Given this lack of a clear picture of what is really happening in Mexico in terms of the covid-19 pandemic, Trump’s instincts were right, just as they were right when he banned flights from China in January.
The situation in Tijuana — the most important Mexican border town for both Mexican and Central American migrants entering into the United States — has, according to the Union-Tribune from neighboring San Diego, turned into what health workers there describe as “like a time bomb,” with insufficient beds and equipment and pressure from their superiors to not release accurate figures.
Because of the cramped living conditions that migrants endure — both on the Mexican side of the border and in the United States when they are laboring as farm workers (often living with four to five people to a room), they are particularly vulnerable to contracting the coronavirus.
And since most of them do not have health insurance, if they do fall ill, they become wards of the state, putting even more strain on already-stretched financial and medical resources.
Finally, it seems that the critics of Trump’s bill are overlooking the fine (well, not-so-fine, since it is pretty blatant) print of the president’s bill: The ban only applies to Green Card applicants, not temporary workers.
Since the covid-19 pandemic has hit the United States, more than 22 million American workers have joined the ranks of the unemployed.
With the country hemorrhaging jobs at an unprecedented rate, Trump is simply trying to give priority for what new jobs may appear to people already living in the country and desperate to put food on their tables.
What he is saying is that there is no need to import new permanent workers at this time because there is already a serious glut of potential jobholders.
If House Speaker Nancy Pelosi really does believe that Donald Trump does not have the best interests of the American people at heart, she should call for an emergency vote and stop him.
But my good guess is that she won’t, because a lot of Democrats understand the insanity of open borders in the middle of a pandemic.
P.S.  You can listen to my show (Canto Talk) and follow me on Twitter.
Posted by Silvio Canto, Jr. Post Link ---> 3:30 AM