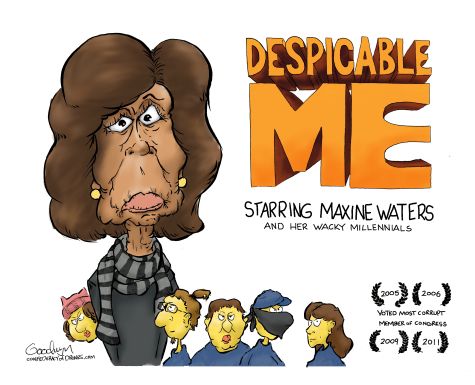 For years, we’ve heard stories about Representative Maxine Waters, the loudmouth critic of President Trump.
Not too long ago, we read about problems with a “family bank.”
Let’s just say Madam Maxine has had her share of ethical questions.
According to news reports, Waters has taken good care of her daughter:

Democratic Rep. Maxine Waters, one of the most outspoken members of the anti-Trump ‘resistance’ in Congress, is facing fresh questions about a longstanding controversy regarding how her campaign raises money and how those funds have flowed to her daughter.
The California congresswoman has raised hundreds of thousands of dollars each election cycle from some of her state’s biggest politicians paying to be listed on her slate mailers – sample ballots traditionally mailed out to about 200,000 voters in Los Angeles highlighting whom she supports.
Since 2004, the campaign in turn reportedly has paid $750,000 to the congresswoman’s daughter, Karen Waters, or her public relations firm Progressive Connections for help producing them.

To be fair, we all take care of our families, and I expect nothing less.
But this much and with public funds?  Would Karen be doing all of this business without her mother in Congress?
We are a country of laws and public integrity, and Waters has a little explaining to do.
During the Trump presidency, Representative Waters has been the face of “Impeach 45.”  She also jumps on every ethics question and demands explanations from President Trump and family.
Maybe it’s time to put the lady under the microscope, the same as she wants to put every Trump family member under investigation.
Again, we need some explanations about how her family has benefited from her office.
PS: You can listen to my show (Canto Talk) and follow me on Twitter.
Posted by Silvio Canto, Jr. Post Link ---> 10:30 PM

What program does the judge want to restart?

So what program does the judge want to restart? Who is going to pay for it?  What federal department is going to run it?

My guess is that this is finally headed to The Supreme Court! 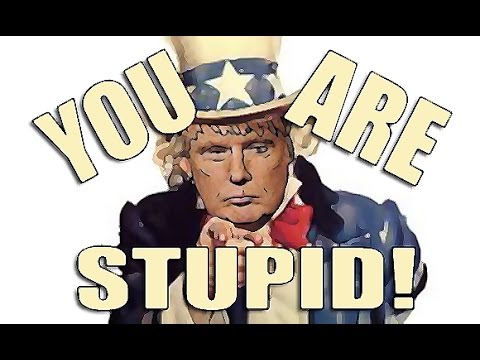 This is just plain stupid:  "L.A. Production of ‘The Diary of Anne Frank’ Replaces Nazis with ICE Agents Hunting for ‘LatinX’ Illegals."

Are you kidding me?

The people behind this production are totally ignorant of history or just too infected with Trump Derangement Syndrome.

What an insult to ICE agents and the memory of Anne Frank's family.

The "dreamers" will regret that DACA is headed to The Supreme Court.....

The "dreamers" will regret that DACA ends up in The Supreme Court.