He picked a funny day to talk about himself

President Obama’s back, but he picked a bad day to re-emerge.  On one side of the screen, there was President Obama talking about the recovery that started on his watch.  On the other half, the news-reader was telling us about economic numbers not seen in a long time.  My guess is that he’d preferred a different day to make his reappearance.
So why is Obama back?  My guess is that this is all about getting black Americans out to vote.
We have seen some interesting numbers and polls about support for President Trump: Rasmussen has 36%, and the NAACP has it at 21%.
Pick 21% or 36%.  They are both huge problems for a Democratic Party accustomed to getting 90% of the black vote.  The truth is that we would be in President Romney’s second term if he had received 20% of the total vote.
There is more.  I believe that the Democratic Party is bankrupt when it comes to talking to black Americans.  Democrats have nothing to say except playing the race card and blaming everything on the GOP.
Can President Obama get the black vote to switch or even turn out?  I don’t think so.
My guess is that most black Americans are beyond the “first black” president stuff and looking at their decaying neighborhoods run by Democrats and lousy public schools that the Obamas did not send their daughters to.
PS: You can listen to my show (Canto Talk) and follow me on Twitter.
Tags: INSERT TAGS To share or post to your site, click on "Post Link". Please mention / link to the My View by Silvio Canto, Jr. Thanks!
Posted by Silvio Canto, Jr. Post Link ---> 10:30 PM

A sign of the times: Sweden moving to the right....our Democrats moving to the left!
— Silvio Canto, Jr. (@SCantojr) September 9, 2018 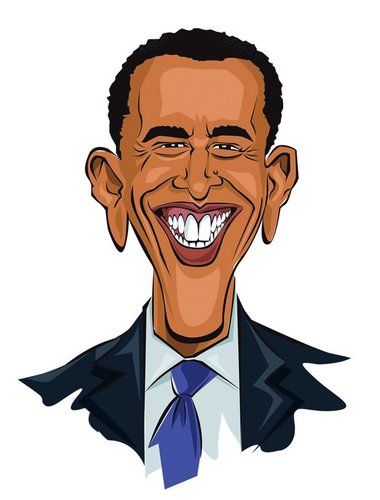 Pres. Obama is right. It is wrong for a President to use divisive language, such as:
1. Call all opponents of same-sex marriage bigots
2. Call the Pro-Life movement a "War on Women"
3. Call all immigration enforcement advocates racists
4. Call the GOP the enemy of Hispanics
— Marco Rubio (@marcorubio) September 8, 2018

How about when he made a joke about former First Lady
Nancy Reagan conducting seances? https://t.co/pVgBUXEw1b
— Marco Rubio (@marcorubio) September 8, 2018

Barack Obama on people left behind by new economy: “And it’s not surprising then they get bitter,they cling to guns or religion or antipathy toward people who aren’t like them or anti-immigrant sentiment or anti-trade sentiment as a way to explain their frustrations.”
— Marco Rubio (@marcorubio) September 8, 2018

Barack Obama justifying ignoring constitution limits on the power of President: “Middle-class families can’t wait for Republicans in Congress to do stuff. So sue me.”
— Marco Rubio (@marcorubio) September 8, 2018

Barack Obama in a Univision interview calling on Hispanics to vote against GOP “enemies”: “If Latinos sit out the election instead of saying, ‘We’re gonna punish our enemies and we’re gonna reward our friends who stand with us on issues that are important to us...”
— Marco Rubio (@marcorubio) September 8, 2018

Barack Obama at a speech at American University accused those who opposed #IranDeal of making common cause with those in Iran who chant “Death to America”.
— Marco Rubio (@marcorubio) September 8, 2018