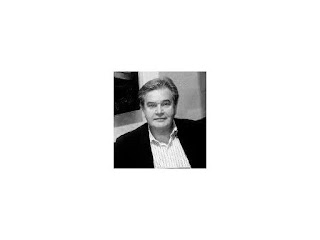 The New York Times is confused as ever about Cuba

(My new American Thinker post)
There is an article at The New York Times about revolutionaries and legacy.  It looks back at the story of some men who fought against Batista in the late 1950s.   These men apparently sit around these days hoping that the next generation will preserve the legacy of the revolution.
What legacy are they hoping to preserve?   What are we talking about?  The so-called revolution is desperately looking to the US to bail them out from 50-plus years of misguided economic policies.  The only people who have benefited from this revolution are the Castro brothers and the beneficiaries of their overseas bank accounts.
The reporter missed two key points in the article.
First, he never asked the aging revolutionaries about their dreams in the late 1950s and the reality of a communist dictatorship.  In other words, did any of these men believe that Cuba would trade one dictator for a communist dictatorship?   The reporter gave them a pass and did not challenge the so-called revolutionaries.
My parents recall the late 1950s quite well.  They were there.  My parents do not remember any one who was opposing Batista and hoping that he’d be replaced by an even worse dictatorship.  In other words, the anti-Batista movement was about returning the island to a constitutional government.  That’s what people fought for not some communist dictatorship with torturous political prisons and firing squads.
Furthermore, we assume that many of these men in the article saw their colleagues executed or imprisoned by Castro
Why didn’t the NY Times reporter ask about that?
Again, the NY Times does not understand Cuban history.
Second, the real story in the article is about young people and their disillusionment with the system.   It confirms every conversation that I’ve had with young people who’ve left Cuba:

The revolution is still respected, but to many Cubans it is no longer reason enough to abide shortages of food and supplies, low monthly incomes, infrastructure in disrepair.
“There are people who are die-hard and want to maintain the faith, but I don’t see another generation accepting the sacrifice for the project as a basis for continuing austerity,” said Lisandro Pérez, a professor of Latin American studies at the John Jay College of Criminal Justice in New York.

It’s 2015 and The New York Times is still in the tank for Castro.   My guess is that Herbert Matthews would be proud!
P. S. You can listen to my show (Canto Talk) and follow me on Twitter.