During the week, I noticed how the Democrat convention was all about President Trump rather than former V.P. Biden. On a nightly basis, even minute by minute, the message was that President Trump is someone between Hitler and Ivan the Terrible.
Therefore, I was not surprised to read that the 2020 ratings were below 2016.  Let’s see how it compares with the RNC next week.  President Trump may not get the 34 million who watched him in 2016, but don’t be surprised if he does.
The sad truth is that Mr. Biden does not excite Democrats, as Lauren Martinchek wrote:

Well, it’s official.
Former Vice President Joe Biden has now officially accepted the nomination of the democratic party to be President of the United States.
You would think that after months of preparation knowing that this would happen, I would be beyond the point where it bothers me. But at this moment in time, I’ve begun to realize my frustration doesn’t come from a place of simply being disappointed. Rather, it stems from the fact that democrats have opted to coalesce around a candidate that they did not even like.

Let’s see what happens next.  The sad truth is that Mr. Biden was revived in South Carolina after Senator Sanders made unbelievably stupid remarks about Fidel Castro’s Cuba.  It was enough to scare the heck out of any Democrat running between San Francisco and New York City.  So they revived Mr. Biden because he was seen as the savior.
The bride said “I do,” but everybody knows well that this is a marriage of convenience totally devoid of love.  It won’t last, especially when they hear Mr. Biden try to explain his position on most issues.
PS: You can listen to my show (Canto Talk) and follow me on Twitter.
Posted by Silvio Canto, Jr. Post Link ---> 7:07 AM

On this day in 1989, Rick Dempsey hit a 22nd inning HR to give the Dodgers a 1-0 victory over the Montreal Expos.  The game lasted 6 hours and 14 minutes.   Actually, that's rather quick considering that they played the equivalent of 2 games and 4 innings.

Dempsey came in for Mike Sciocia, batted 5 times and hit the winning HR off of Dennis Martinez, his former teammate.

We remember Dempsey from the Orioles and the 1979 and 1983 World Series.   In fact, Dempsey was the 1983 World Series MVP and caught strike three to end the Dodgers' 1988 sweep of the Oakland A's.

To say the least, one of my favorite players from that era. 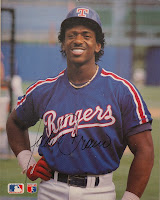 The ageless Julio Franco was born in The Dominican Republic on this day in 1958.

We will remember him for that unique batting stance and the fact that he played into his 40's.    In fact, he may still be playing in some league somewhere. 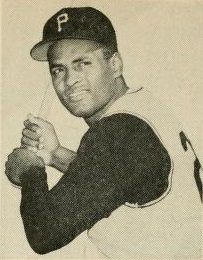 On this day in 1970,  Roberto Clemente of the Pirates compiled his second straight 5-hit game during an 11-0 victory over the Dodgers.  He was the first player in the 20th century to collect 10 hits in two consecutive games.

We say happy birthday to Ron Blomberg.    Ron was born in Atlanta, GA on this day in 1948 and made his debut with the Yankees in 1969.


Ron made history on opening day of the 1973 season.   He was the first DH to come to bat that year.   He walked against Luis Tiant in a big first inning rally.
PS: You can listen to my show (Canto Talk) and follow me on Twitter. If you like our posts, drop a dime here. 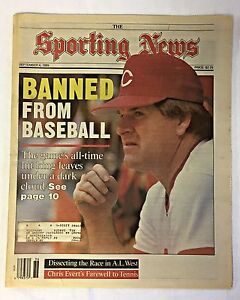 On this day in 1989, we got the news that Pete Rose had been kicked out of baseball.     It was not a shock but still hit many of us between the eyes.  After all, we grew up watching Pete dive into third base.   No matter what, it was a horrible ending to a great baseball career.