Many people are not watching 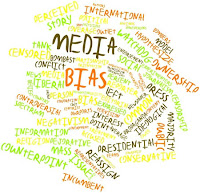 More and more people are tuning out the news channels or other mainstream media. I quit watching because it was more noise than information.
P.S.  You can listen to my show (Canto Talk).  If you like our posts, please look for ”Donate” on the right column.
Posted by Silvio Canto, Jr. Post Link ---> 12:02 PM

I wasn't the only one tuning them out 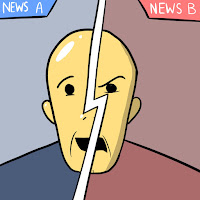 A year ago I got out of Twitter, committed to watching less cable news and just tuned out a lot of media.  In short, I just felt that there was more noise than news.

It turns out that I was not alone.  Check this out from John Rigolizzo:

Multiple sources recently found that mainstream news outlets saw a massive decline in interest between 2020 and 2021.

A report by the Nielsen company, cited by the Associated Press, found that weekday prime-time viewership at CNN dropped 38% between 2020 and 2021, along with a 34% decline at Fox News, and 25% at MSNBC. The same report found that individual evening news shows also saw less steep, but still double-digit declines in viewership: NBC “Nightly News” saw a 14% decline in nightly viewership, while both ABC’s “World News Tonight” and the “CBS Evening News” saw 12% drops in viewership.

The story points out that:

"Hard news -- defined as a statement of facts, or on-the-spot reporting -- amounts to just 22.3% of all footage aired on cable news networks. That amounts to nine minutes, 15 seconds of hard news for every hour of broadcasting."

Seriously, did you need a report to figure that out?  This has been happening for some time.  It was "we love Obama" and then "we hate Trump."   The bottom line is that hard news went out the window the day that the media fell in love with Obama and worked overtime to protect him from this and that.  Then most of them jumped on the Trump hate train and did everything possible, including reporting from anonymous sources, to discredit the man's presidency.

It was too much for me and apparently lots of other people too.

Can the media get its viewers back?   I don't think so, because the damage was so severe.   In other words, would I ever believe anything from CNN or MSNBC?  I can't even watch those networks anymore.

So how do we get the news?  We will rely on some websites and radio news.  I can't see myself getting back into the cable news carousel.   I don't need the noise.