Saturday's video: The memo and other stories....

The memo was released on Friday and the contents stand.....it’s up to Democrats to challenge the memo with new information.....Fidel Castro’s son committed suicide and Democrats plus abortion......

A word about ‘Fidelito’ We learned that Fidel Castro’s only son, known as “Fidelito,” died in Cuba. The Cuban state media reported that he committed suicide because of depression.
So far, no independent news source has been allowed to investigate the case.
As a kid in Cuba, I remember images of Fidel Castro and Fidelito tagging along wearing a military uniform.   I recall another image of Fidelito in a baseball outfit.  I did not hear much about him after that except that he was going to school in the old USSR.    It’s fair to say that Fidelito lived a privileged life and did not have to face the shortages that other kids had to endure.
Fidelito is the only child of Fidel Castro and Mirta Diaz-Balart. They were married in 1948 and went to New York for their honeymoon.
This is a bit about her life:

A middle-class philosophy and literature student, she met Mr Castro, the son of a Spanish immigrant, when they were both at university in the 1940s. Despite the fact that her brother, Rafael Diaz-Balart, became a leading official in the Batista government, she defied her family’s wishes and married Mr Castro in 1948, while he was studying to be a lawyer.
She gave birth to their only son, Fidelito, the year after. But as the revolutionary struggle took Mr Castro away from his young family, Ms Diaz-Balart became suspicious he was being unfaithful. They divorced in 1955 and she fell in love with Mr Nuñez Blanco. Mr Castro, who was exiled by the dictatorship, tricked his ex-wife into allowing him to be with his son, then promptly took custody of him.
After Batista’s overthrow in 1959, Mr Nuñez Blanco and Ms Diaz-Balart stayed for a few years in Cuba, but left to live in Madrid.

Mirta is now 89 and lives in Spain.   She always kept a low profile.   Most of her relatives left Cuba, such as Lincoln Diaz-Balart, who became a member of the US House representing South Florida.
We have no information about Fidelito’s death.    The Cuban media told us that he killed himself.   The Cuban media also told us that crickets attacked US diplomats over the last year.  So please forgive me if I am always skeptical of the Cuban state media.

August 2006: Remember when they voted for the fence?

The big story from Washington is that the Senate voted to fund the fence.

Why did this happen? The answer is the upcoming election and the impact that immigration will have on voters:


"(Senator) Sessions said he senses that senators are moving toward stricter enforcement because they have heard from constituents back home.
"The voice of the American people is beginning to be heard, and there's been a sea-change in how people are thinking about some of these issues," he said.

The American people have sent a message to their leaders: Fix the border mess or we will get new leaders.

It appears that the leaders are listening!
Posted by Silvio Canto, Jr. Post Link ---> 9:30 PM

Did you see any “Sorry Juanita” signs at the last women’s march?

A couple of weekends ago, women marched around the country to increase awareness of women’s issues.
We say cheers to any movement that wants to increase awareness of women’s issues.      For example, 6 to 10,000 women marched that same day in Dallas in the annual pro-life walk.    Most of those who walked that day were concerned about what abortion is doing to our society, culture and women.
Did you see any “Sorry Juanita” signs at the last women’s marches?    I mean did you see any one remembering the women that accused President Clinton (or Governor Clinton in Arkansas) for the way he treated women?
Did you see any signs remembering how Mrs. Clinton was the master enabler or how her campaign took thousands of dollars from Harvey Weinstein?
The answer is no and that speaks volumes about these women who’ve suddenly discovered sexual harassment.
Juanita Broaddrick was one of the women who accused President Clinton.   She tried to tell her story but most feminists were in no mood to listen back then.
This is what Juanita told Katie Halper:

In February 1999, she appeared on NBC’s Dateline, in an extensive and emotional interview with Lisa Myers. Broaddrick described the alleged rape, which she said had taken place in a Little Rock hotel room, when she was a nursing-home operator and a volunteer in Bill Clinton’s campaign for governor. Clinton had relocated a scheduled lobby-coffee-shop meeting at the last minute, saying it was too noisy for the planned conversation about nursing-home reform.
Despite appearing on national television, Broaddrick remained a relatively obscure figure in 1999 — unlike Monica Lewinsky, whose story had come out the year before. Indeed, it had been Monica Lewinsky’s story that finally compelled Broaddrick to come forward.
NOW president Patricia Ireland issued a statement that called Broaddrick’s account “compelling” and asked Clinton’s defenders to refrain from smearing the accuser, but Ireland was one of very few high-profile liberals to show her any respect.
Clinton aides like James Carville and Betsey Wright, and even as feminist icons like Gloria Steinem and Betty Friedan, had already gone on the offensive against other women who had accused Bill Clinton of sexual harassment.

You can’t live in the past so let’s move on.    However, the new so called women’s marches were particularly silent about the Clinton episodes, and others, of the sexual harassment story.
P.S. You can listen to my show (Canto Talk) and follow me on Twitter.

Why do leftists keep talking about Watergate? 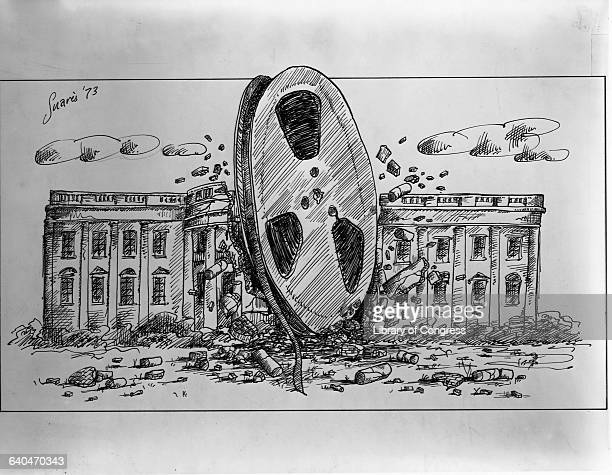 From glancing at the headlines (or even at entertainment news), you could be forgiven for thinking a full-blown Watergate is upon us.
“Tom Hanks and Steven Spielberg find parallels to Nixon era,” ran a Dec. 15 headline in The Washington Post. Spielberg has said he made the movie “The Post” because the dawn of the Trump era was exactly the right time for an unabashed prequel to “All the President’s Men” that ends with the Watergate burglary. Hanks added that if President Trump invited him to screen the movie at the White House, he’d decline and be more likely to lead an anti-Trump revolution. “We have to decide when we take to the ramparts,” Hanks said, promoting his new 1971-set film about The WaPo’s and The New York Times’ decision to print classified deliberations about the Vietnam War.
Back then, “The Nixon administration tried to stop the story from being published,” Hanks said. “They took on the First Amendment by saying: ‘You can’t tell that story, and if you do, we’re going to threaten you.’ That is going on, of course, right now.”
Actually, the Nixon administration didn’t just “threaten” the media but via its Justice Department secured an injunction to forbid The Times from publishing the Pentagon Papers. This is not “going on, of course, right now.” What is going on is that, like the flabby 59-year-old who can’t stop telling you how he scored the winning touchdown in high school, liberals can’t stop reliving the Watergate era. To them, Watergate stands for the twin milestones, never approached since, of taking out a Republican president and making heroes out of liberal reporters.

That’s correct.   There is no similarity to Watergate no matter how many times we hear phrases like “obstruction of justice”, “Saturday night massacre” and their favorite “it’s Nixonian”.
So  move on liberals!
PS: You can listen to my show (Canto Talk) and follow me on Twitter.

What if the GOP had done this to the Obama campaign in 2008?

Thank you John Kass of The Chicago Tribune.   We need to hear this:

What if it came out that a Republican-funded opposition research dossier against presidential candidate Barack Obama was used to obtain a secret FISA warrant to put Obama’s aides under surveillance and take him down?
And what if the federal judge who granted the warrant wasn’t told that the partisan oppo-research was the basis of the surveillance warrant?
Or, what if senior FBI officials running the investigation of Obama had expressed loathing for the candidate and his voters?
What would the Democratic Media Complex be doing?

They would be screaming loud and louder!
P.S. You can listen to my show (Canto Talk) and follow me on Twitter.
Posted by Silvio Canto, Jr. Post Link ---> 8:00 PM

A day later and many Democrats are challenging the memo.   Yet, one fact still remains, as Roger Simon wrote:


Whatever else happened, the FBI clearly used a slanderous fictional document to get a FISA ruling to surveil Carter Page without telling the court the document was a pack of lies paid for by the Clinton campaign and written by a creepy spy with old-line Soviet connections.
And they did it multiple times.

A few days ago, Joy Villa showed up at the Grammy's wearing a beautiful "pro-life" white dress.    It was stunning, to say the least.

She also wrote a wonderful article about her pro-life views:


Consider adoption. Consider life.  Consider carrying your baby to term, and placing your unborn child with a caring, nurturing, happy family.
You will survive this. You will make it through.  And you absolutely, 100 percent, deserve all the happiness and love in the world. You’re so much stronger than you know.
You deserve a second chance at life… and your baby deserves a first chance.
Life is precious.  And so are you.

Yes, Joy Villa is correct.   I hope that more people read her message.