Saturday's show: Pelosi's triple nightmare plus the crisis on the border

Pelosi's triple nightmare plus the crisis on the border 03/09 by Silvio Canto Jr | Politics:

A couple of other border crises 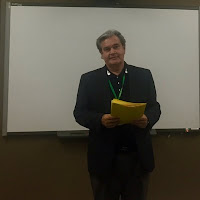 As I recall, President Nixon wrote a book called Six Crises.   As I see it, we may have that many crises on the U.S.-Mexico border.
Let me mention two that no one talks about: cost and rule of law.
The cost is a huge factor, as I saw in this 2018 CNBC report:

According to ICE’s FY 2018 budget, on average it costs $133.99 a day to maintain one adult detention bed. But immigration groups have pegged the number closer to $200 a day.
The cost to maintain a family bed, which keeps mothers and children together in a family residential center, costs around $319 a day, according to DHS.
But as of April, children have been separated from their parents with much higher frequency, which has led to the creation of “tent cities” to hold thousands of separated children. Those beds cost $775 per person per night, HHS told NBC News.

That’s “mucho dinero” to say the least.  My guess is that those figures are probably higher in 2019 than 2018.
The other crisis is a rule of law problem.
What message are we sending to the people who respected immigration laws, like me?
Like millions of others, we came here legally.  We had to go through a process and waiting our turn was a big part of it.
As far as I know, there are millions of people waiting in their home country to immigrate.  The number is five million, according to Newsweek.
Again, what do you say to these five million and their relatives in the U.S.?
Yes, there is a crisis on the border and it comes in many forms!
P.S.  You can listen to my show (Canto Talk) and follow me on Twitter.
Tags: A couple of other border crises To share or post to your site, click on "Post Link". Please mention / link to the My View by Silvio Canto, Jr. Thanks!
Posted by Silvio Canto, Jr. Post Link ---> 10:30 PM