The Congress votes and what did Lt Governor Patrick say plus more 03/25 by Silvio Canto Jr | Politics:

Wednesday’s video: President Trump is looking ahead and that’s a good ...

Wednesday’s video:
President Trump is looking ahead and that’s a good thing.....
click to watch:

Stop saying that Tester and Manchin are moderates 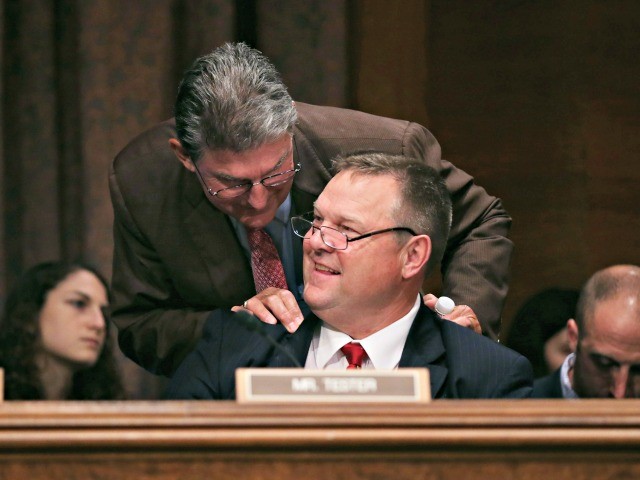 Senator Joe Manchin represents super-red West Virginia but he can’t stand up to Minority Leader Chuck Schumer.
Senator Jon Tester represents Montana, but he votes like he is an automatic “yes” for anything liberal that comes to the Senate floor.
Both men voted with their party to kill the Senate bill.
Why?  I am not sure about Tester, but Manchin said that he wanted to see more hospitals.
The bill did not die for lack of money to hospitals or support for workers or businesses.  Instead, it was a laundry list of liberal ideas that Nancy Pelosi and Democrats did not pass when they had majorities.
This is a list of some of the items that Pelosi proposed:

Do you believe this?
I expect anything from Pelosi, especially after she cracked over impeachment and let the left force it on the country.
At the same time, I expected more from the so-called “moderates” from Montana and West Virginia.
Moral of the story: they run as moderates but they follow the party line when they land in Washington.
PS: You can listen to my show (Canto Talk) and follow me on Twitter.
Posted by Silvio Canto, Jr. Post Link ---> 7:51 AM

1977: Another president tried to work with Cuba

On this day in 1977, recently inaugurated President Carter decided to look for an opening with Cuba.
In other words, today we remember another president who tried but could not change Cuba.
After a few years, President Carter unplugged the talks and walked away. Castro reacted by being Castro, or a leader who never negotiated in good faith.
Fidel Castro is not around anymore but his brother is. Beware of negotiating with a communist dictator, his little brother or the puppet president.
PS: You can listen to my show (Canto Talk) and follow me on Twitter.