Sunday's show: Super Bowl and a tough season for the NFL plus other stories

We will look at the Super Bowl and its relationship with the fans......ratings are down even for pre-season games............plus the Democrats are misreading the public on immigration & abortion......problems at the US-Mexico border.............plus other stories...

Sunday's video: The Super Bowl and a bad season for the NFL

The Super Bowl is here but a lot of fans are not. It’s been a very bad year for the NFL and they need to get their act together in the off-season.....

Back in 2005, David Brooks wrote a very thoughtful article about Roe v Wade‘s poisonous impact in our judicial confirmations.  Sadly, every judicial confirmation hearing is now about abortion.
This week, Brooks called on the Democrats to reconsider their support of late-term abortions. He did it by writing a consultant’s memo to the party leaders:

Roe v. Wade polarized American politics in ways that have been fundamentally bad for Democrats.
If you don’t believe me, compare the size of the elected Democratic majorities in 1974 to the size of the Republican majorities in 2018. Without Roe v. Wade the landscape would shift.
We need to acknowledge our vulnerability here. Democrats support the right to choose throughout the 40 weeks of pregnancy. But babies are now viable outside the womb at 22 weeks.
As Emma Green wrote in the Atlantic, scientific advances “fundamentally shift the moral intuition around abortion.” Parents can see their babies’ faces earlier and earlier.
We’re learning how cognitively active fetuses are. A researcher from Britain recently found that fetuses prefer to look at face-like images while in the womb.
Early in the pregnancy they can recognize and distinguish between tastes. Late in the term they can recognize words, tunes, languages. They seem to begin crying, for example, by the 28th week. It could be that one of the current behaviors that future generations will regard as most barbaric is our treatment of fetuses.

As the father of three sons and a Catholic, I’ve always found abortion appalling and hard to understand.
Also, all of the word games, such as “choice” and “reproductive rights”, are just plain corruption of language. I love the one about “settled law” or a bit weird since no abortion law was ever passed!
Beyond morality, Brooks has a political point. On abortion, as well as illegal immigration, the Democrats have run to a corner away from where public opinion is.
My guess is that most Democrats find late term abortions as horrible as anyone. Unfortunately, no one in the Democratic party seems to have the courage to stand up to Planned Parenthood.
P.S. You can listen to my show (Canto Talk) and follow me on Twitter. 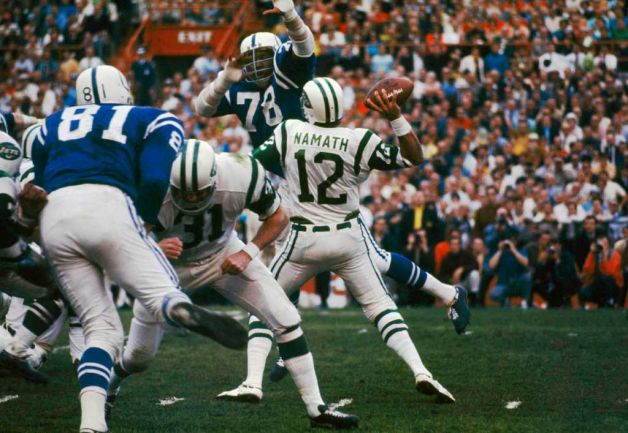 Every Super Bowl Sunday reminds me of a few things, especially arriving in the US not knowing a thing about football, and the problems with believing in conventional wisdom.  I learned about football in a few months watching Bart Starr hand off to Jim Taylor.  I learned about the pitfalls of conventional wisdom, too.Back in January 1969, conventional wisdom had the Colts destroying the Jets in Super Bowl III. However, the Jets upset the Colts 16-7 and Joe Namath forced us to take the AFL seriously.
Let me say it again.  Every Super Bowl reminds me of that Sunday afternoon in Wisconsin when my dad, brother and I watched Joe Namath prove the experts wrong.  P. S. You can hear CANTO TALK here & follow me on Twitter @ scantojr.
Posted by Silvio Canto, Jr. Post Link ---> 9:00 PM

Fidelito and another suicide in Cuba We learned that Fidel Castro’s only son, known as “Fidelito,” died in Cuba. The Cuban state media reported that he committed suicide because of depression.
So far, no independent news source has been allowed to investigate the case.
As a kid in Cuba, I remember images of Fidel Castro and Fidelito tagging along wearing a military uniform.   I recall another image of Fidelito in a baseball outfit.  I did not hear much about him after that except that he was going to school in the old USSR.    It’s fair to say that Fidelito lived a privileged life and did not have to face the shortages that other kids had to endure.
Fidelito is the only child of Fidel Castro and Mirta Diaz-Balart. They were married in 1948 and went to New York for their honeymoon.
As I understand, Mirta is now 89 and lives in Spain.   She always kept a low profile.   Most of her relatives left Cuba, such as Lincoln Diaz-Balart, who became a member of the US House representing South Florida.
We have no information about Fidelito’s death.    The Cuban media told us that he killed himself.
Suicide is a very complicated issue.   Nevertheless, “Fidelito” now joins a long list of others close to the regime who committed suicide.   What does it mean?  I don’t know but there are others.
So did Fidelito kill himself?   Let’s say yes but the Cuban media also told us that crickets attacked US diplomats over the last year.  So please forgive me if I am always skeptical of the Cuban state media.
P.S. You can listen to my show (Canto Talk) and follow me on Twitter.