How did Biden pull it off? 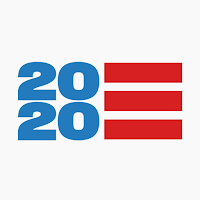 The election was two months ago and I'm still waiting to hear about a Democrat who beat a GOP candidate in a competitive election.  On the contrary, none of the Democrats who won in 2020 have a reason to send Joe Biden "a thank you" card.

There are many reasons to be skeptical about this election but the lack of "coattails" tops my list.  This is from Victoria Taft:

Stories about President Trump’s weak coattails were legion before the election. His likability was questioned and still is, but, what ho! Look what actually happened.

After the usual midterm 2018 thrashing for the president in power (George W. Bush and FDR are the only presidents who added seats during the midterms), Republicans made up some of those losses in congressional races and statehouses across the country in 2020.

Ballotpedia reports that while Democrats won 222 seats to Republicans’ 212, the GOP unexpectedly flipped 14 seats from D to R compared to three seats for the D’s.

Among the claw-backs were four California seats lost in the 2018 election to the new “ballot harvesting” measures Democrats put into effect. Trump didn’t come to California to hold rallies but did he did come to fundraise.

The candidates won on the backs of law and order (sound familiar?) and opening up the economy. They were Trump messages without the man. And Republican Michelle Steel is already working on getting Governor Gavin Newsom to change his disastrous tax and law and order policies that have made California so unpopular that people are fleeing in droves and the state could lose a congressional seat.

Republicans expanded their “trifecta” of governor’s mansions and state houses by two and possibly three, according to Ballotpedia. Alaska is still tallying the votes, believe it or not.

The media are loathe to give Trump any credit, but Trump received ten million more votes than he did in 2016 -- the most of any Republican president ever. He energized the voter base and flipped back a bunch of seats in both state houses and Congress.

What’s the definition of coattails again?

How exactly did Biden win?

I keep hearing that it was all of those voters who voted for Biden and then checked every GOP candidate on the ballot. Seriously, does anyone believe that?  Do you know anyone who did that?  My experience with a couple of  #NeverTrumpers is that they just didn't vote at all.

I repeat.  Two months later and I'm trying to understand how Biden pulled this off.

All I can tell you is this: there are 75 million voters who will turn on a TV channel that honestly and seriously tries to inquire about this.  There is a story sitting out there and lots of people who would love to hear about it.

We say happy birthday to Edgar Martinez who was born in New York City on this day in 1963.

Edgar was elected to The Hall of Fame in 2019.
P.S.  You can listen to my show (Canto Talk) and follow me on Twitter.  If you like our posts, drop a dime here.