Tuesday's show: A chat with Leslie Eastman and Dawn Wildman from California 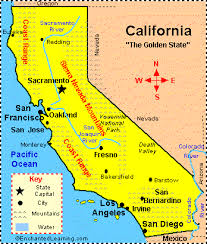 Tuesday's show:
A chat with Leslie Eastman and Dawn Wildman from California

Why is the White House wasting its time with Jim Acosta?

CNN is considering suing the Trump administration over Jim Acosta.
I’ll leave this legal issue to our AT friends who understand the law.
My larger point is simple:  Why get into a fight with a network that few people watch?
Honestly, I only hear about Jim Acosta when he does something stupid and Fox News tells us about.
It reminds me of the story about then candidate Governor Howard Dean.  He used to attack Rush Limbaugh all of the time hoping for the counterpunch and the audience that came with it.
Don’t get me wrong.  I am not a fan of Jim Acosta.
My friend Orlando Avendaño, a columnist from Venezuela, got it right this week:

What I have criticized Trump most are his authoritarian gestures before the press: his constant attacks on the media, even though they may be biased and partial. It is the most dangerous thing about the Republican president because, as CNN rightly says, the free press is vital for the healthy functioning of societies.
This is essential. And every time it is necessary to quote Tocqueville, John Stuart Mill, or Thomas Jefferson himself, who said: “Our freedom depends on the free press, and that can not be limited without losing it.”
But I cannot defend Jim Acosta. Wednesday’s attacks by Trump were not against “freedom,” the greatest value, but against the crude and discourteous gestures of the CNN journalist.
It was not appropriate behavior for a presidential press conference. He stood up and tried to take the floor, even without the microphone.
He did not hand it over, he roughly removed it from the woman doing her job.
Press conferences are for questions, not for contrasting opinions. It was not a debate.

And Orlando is 100% right about Jim Acosta.  A journalist is either a member of the press or the resistance but not both.
I should add that Orlando knows a lot more about the value of a free press than any journalist in the U.S.  In Venezuela, you get thrown in jail.  In the U.S., you get into a fight with the President and some of your colleagues turn you into a victim.
The bottom line is this.  You can take the microphone from Jim Acosta.  You can tell him that he is rude and call him out on his behavior.   At the same time, taking away his press pass is counterproductive and just keeps the story going for a few more days.
Memo to President Trump:  You don’t have to punch back every time.  Pick your fights.  Jim Acosta is not worth it.
PS: You can listen to my show (Canto Talk) and follow me on Twitter.
Tags: Acosta and the White House To share or post to your site, click on "Post Link". Please mention / link to the My View by Silvio Canto, Jr. Thanks!
Posted by Silvio Canto, Jr. Post Link ---> 10:30 PM

Question for Arizona? GOP Gov Ducey reelected 57-41%. What happened to Miss McSally? She ran 10 points behind the governor. The other GOP statewide candidates did well too. What happened?
— Silvio Canto, Jr. (@SCantojr) November 13, 2018