Virtual conventions and Harris on the ticket plus more

Virtual conventions and Harris on the ticket plus more 08/17 by Silvio Canto Jr | Politics:


Democrats and virtual conventions...Former Governor Kasich speaking but does anyone care?........Democrats are hysterical and looking desperate......Harris is off to a slow start with public opinion and other stories...
click to listen:

Monday’s video: Why are the Democrats so hysterical? 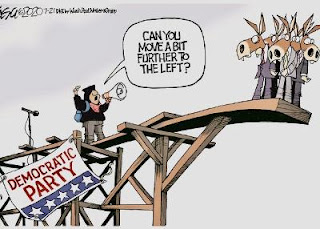 
Why are the Democrats so hysterical?
Click to watch: pic.twitter.com/URTKw4SVqG We hear that Joe Biden is up in the polls.  We are again hearing that word “landslide” and that women are all running away from President Trump.
So why does such a confident party sound so desperate?  I have not seen so much desperation since a couple of girls in my junior class were in total panic about not getting invited to the prom.
First, Hillary Clinton is warning us that President Trump “will not go silently” into the night if he loses.  Well, no one should know more about that than the woman who still refuses to accept the 2016 results.
Second, Maxine Waters is back with another gem.  This is the latest from the woman who is the definition of a national embarrassment:

Saturday on MSNBC, Rep. Maxine Waters (D-CA) called on President Donald Trump to be removed from office by applying the 25th Amendment.
According to Section 4 of that amendment, the president can be removed if he is “unable to discharge the powers and duties of his office.”

Can someone tell Congresswoman Waters that the 25th Amendment is for serious issues not cheap political differences.  In other words, we have elections in this country to remove presidents that we disagree with.
Again, this is such a desperate bunch.  They are somewhere between insanity and whatever comes after insanity.
I can’t wait for Maxine to tell us all of this at the convention again.
P.S.  You can listen to my show (Canto Talk) and follow me on Twitter.
Posted by Silvio Canto, Jr. Post Link ---> 5:55 AM