2015: Another sad ending for the Texas Rangers 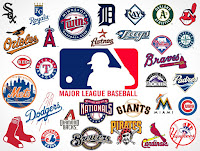 What more can be said?  The Rangers made 3 infield errors in the 7th and then Bautista clinched it with a 3-run home run.

Congratulations to the Blue Jays.  They have a great team.

Congratulations to the Rangers who played great ball down the stretch to win the AL West.

Another season ends sadly for the Rangers.
P.S.  You can listen to my show.  If you like our posts, please look for ”Donate” on the right column of the blog page.

This is not what year 7 was supposed to look like

1)  Many in the media are starting to ask hard questions.  It's not enough any more for President Obama to do the "hope and change" dance.  He owns the foreign policy and there are questions from Putin to Iraq;   and,

2) Our foreign policy is a mess, as Peter Berkowitz wrote:

While the president steadfastly refuses to mention jihadism, wars fueled by Islamic extremism rage throughout the region.

Time and again, Obama administration policies have made matters worse.

Worst of all, President Obama did not look confident. He was defensive and unwilling to accept any responsibility.

Once again, he brought up the one about the "community of nations", a community that only exists in President Obama's mind. What troops is this community providing?

Like always, he brought up "the straw man", or the unnamed GOP leader who wants to send thousands of troops to the Middle East.

Many of us would love to see the Obama years end soon. I have a funny feeling that a lot of Democrats feel the same way.

A new Speaker, Pres. Obama on 60 minutes and reaction to Dem debate

Guest:  Frank Burke, author and businessman, joins me for a look at the search for a new Speaker of the House......I don't have a particular person but I would like to see a more assertive person who can make the GOP case to the voters...........President Obama is living in a fantasy when it comes to his foreign policy.......who is he listening to?  who is giving him advise?...and our quick reaction to the Democrat debate........

Check Out Politics Podcasts at Blog Talk Radio with Silvio Canto Jr on BlogTalkRadio
Tags: The search for a US House Speaker, Obama's foreign policy, Democrat debate  To share or post to your site, click on "Post Link". Please mention / link to the My View by Silvio Canto, Jr. Thanks!
Posted by Silvio Canto, Jr. Post Link ---> 12:30 AM