Talk of Clinton 2020 and sexism plus the virus and the economy 03/09 by Silvio Canto Jr | Politics:

Will we hear from Hillary in Milwaukee?

What if the Biden candidacy collapses after one too many gaffes and stumbles?  What if Sanders does not have the delegates to win in the first ballot either?
What if the Democratic superdelegates start looking for a candidate to nominate?
It sounds like the mother of all conventions.
I like Michael Goodwin’s take on this:

Count me as skeptical.Instead of a smooth ride, it’s more likely that the Dems’ desperate search for a Trump slayer will hit more turbulence and an alternative to Biden still could be necessary.Guess what — one just happens to be waiting in the wings, hoping for an invitation.Before you laugh at the prospect of a Hillary Clinton comeback, consider the too-weird twists and turns of Biden’s campaign.

Goodwin is right about something else.
I have no doubt that Hillary would love to answer a phone call from the convention checking on her availability to run against President Trump again.
So maybe this is only getting interesting.  Maybe Clinton will get a third try?
Of course, the superdelegates may find that the Sanderistas will not put up with giving the nomination to a candidate who did not campaign for it.
One way or another, it looks like the convention could turn into a circus.
PS: You can listen to my show (Canto Talk) and follow me on Twitter.
Posted by Silvio Canto, Jr. Post Link ---> 7:12 AM

1953: "Return to Glennascaul" a short story by Orson Welles worth watching 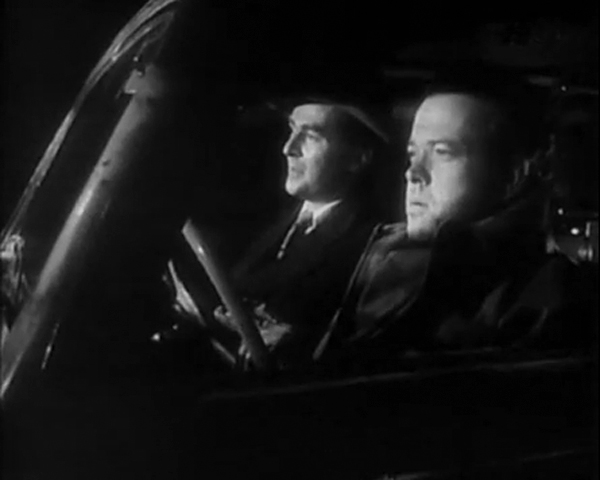 Not long ago, TCM featured "Return to Glennascaul" a 1953 movie by Orson Welles.

The film is 23 minutes long or sort of like a short story.

This is the plot:


Orson Welles, taking a break from the filming of The Tragedy of Othello: The Moor of Venice (1951), is driving in the Irish countryside one night when he offers a ride to a man with car trouble.
The man relates a strange event that happened to him at the same location. Two women flagged down his car one evening, asking for a ride back to their manor.
They invited him in for a drink, and after leaving, he went back for his cigarette case. He found the manor deserted and decayed.
In Dublin, a real estate broker told him the mother and daughter had died years ago.
Welles, sufficiently spooked, drops the man off at his home, and speeds on by when two other stranded women wave for a ride.

The rest is on you!  Watch it!