Guest: Bill Katz, the editor of Urgent Agenda......we will look at the very important election in France and the impact of a terrorist attack days ago.....Russia bombers too close for comfort in Alaska....the foreign policy messes left by President Obama.........President Trump continues to talk tough on North Korea......Where is China? The Bill O'Reilly episode raises questions about the politicization of sexual harassment....colleges and universities can not guarantee the safety of public speakers.....is it time for states or the federal government to step in and protect free speech.......the GOP survives in Georgia and has plenty of cash for future battles..........the Democrats should check out what is going on with the Labour Party in the UK........plus more stories....

Tags: Elections in France, North Korea and President Trump, O'Reilly and Fox News, Free Speech at US universities To share or post to your site, click on "Post Link". Please mention / link to the My View by Silvio Canto, Jr. Thanks!
Posted by Silvio Canto, Jr. Post Link ---> 8:00 PM

The O'Reilly story & censorship of conservative speakers in US universities

The O'Reilly story & censorship of conservative speakers in US universities...Listen in now at https://t.co/V3sCW2Ycgc. #BlogTalkRadio
— Silvio Canto, Jr. (@SCantojr) April 21, 2017

The Latin America stories of the week with Fausta Rodriguez Wertz 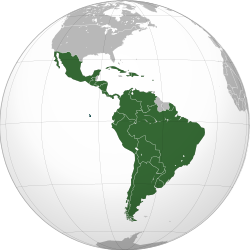 A preview of the special election in Georgia.

Remember when gerrymandering by Democrats was what the majority party got to do?

Back in 1984, I moved to Texas and decided to get acquainted with my congressional district.  Therefore, I took a trip over to the local GOP office, introduced myself, and offered my help.
I asked the precinct chairman to show me the boundaries of Representative Martin Frost’s district, or the place where I was now living.  He took me to the wall and showed me the map.  The conversation went sort of like this:
I said: “That’s a crazy looking district, isn’t it?  One side of the street is in one district and the neighbors are in the other.”
He said: “Welcome to Texas.  The Democrat legislature drew it up just perfect so that Frost could win.”
I guess I got a good lesson in gerrymandering.  By the way, Mr. Frost was gerrymandered out of his district when the GOP took over Texas.
The Democrats are apparently looking for another reason to explain how President Obama, the man of the high approval rates, or so they tell us, could lose 1,000 state seats under his watch.  How could such a popular man not deliver seats?  It must be something crooked!
They can’t blame the Russians, so I guess blaming gerrymandering is the next best thing.
According to The New York Times, the Democrats are going back to the courts to get some help:

The hand-to-hand political combat in House elections on Tuesday in Georgia and last week in Kansas had the feel of the first rounds of an epic battle next year for control of the House of Representatives and the direction of national politics as the Trump presidency unfolds.
But for all the zeal on the ground, none of it may matter as much as a case heading to the Supreme Court, one that could transform political maps from City Hall to Congress — often to Democrats’ benefit.
A bipartisan group of voting rights advocates says the lower house of the Wisconsin Legislature, the State Assembly, was gerrymandered by its Republican majority before the 2012 election — so artfully, in fact, that Democrats won a third fewer Assembly seats than Republicans despite prevailing in the popular vote. In November, in a 2-to-1 ruling, a panel of federal judges agreed.
Now the Wisconsin case is headed to a Supreme Court that has repeatedly said that extreme partisan gerrymanders are unconstitutional, but has never found a way to decide which ones cross the line.

Let’s see what the Supreme Court has to say.  We hope they will do what they did not with abortion and marriage.  In other words, let the state legislatures figure this out.
The Democrats’ real problem, between the coasts, is the number of ethnic districts that result in other districts with large non-minority populations.  The result is that they win certain districts easily and can’t compete in the others.  I don’t know what they call that, but it is their real problem.
Let the state legislatures figure this out – the same way they did when Representative Martin Frost had a perfectly crafted district when the Democrats ran Texas.
P.S. You can listen to my show (Canto Talk) and follow me on Twitter.
Tags: Gerrymandering and congressional districts  To share or post to your site, click on "Post Link". Please mention / link to the My View by Silvio Canto, Jr. Thanks!
Posted by Silvio Canto, Jr. Post Link ---> 8:00 AM