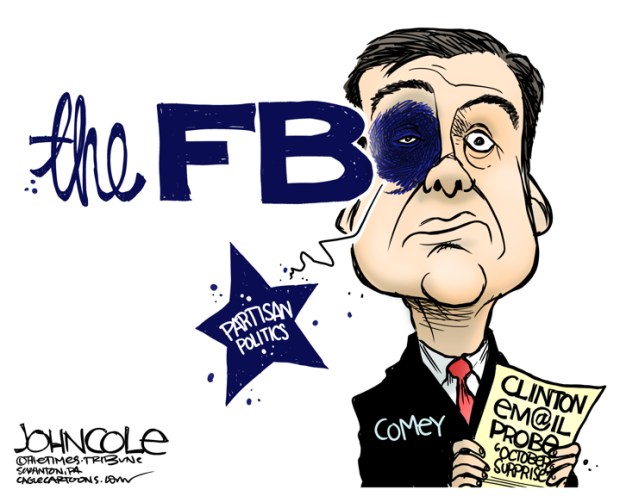 Back in 1997, we dropped off the boys with my parents to go watch the new version of Titanic.  As we were leaving for the movie, my mom joked and said that the ship was going to hit the iceberg again.  I laughed and said: “Really?”
“Your father and I saw the Clifton Webb version in Cuba,” she said in Spanish with a big smile!
Last night, Mr. Comey had a lot to say.  Unfortunately, it was nothing new.
Better than that, he said nothing that will make him more credible, or end the Trump presidency, as pointed out by Michael Graham:

It’s the morning after the “Comey Interview” and, believe it or not, Donald Trump is still president.
If you watched the buildup to the release of the former FBI director’s new book and his prime-time ABC interview, this fact might come as a bit of a shock.  Based on the press hype – and partisan hopes – surrounding the publication of James Comey’s A Higher Loyalty: Truth, Lies and Leadership, you’d expect this insider’s expose of Trump’s shocking scandals to be, if not the end of his presidency, the beginning of the end.
To paraphrase Mark Twain, the reports of Trump’s political death continue to be exaggerated.  Comey’s book is unlikely to have any impact on Trump’s presidency – other than perhaps to strengthen Trump’s standing among his supporters.
Trump haters counting on the former head of the FBI to have career-ending dirt on Donald Trump will be gravely disappointed by Comey’s book.  The only “big reveal” in A Higher Loyalty is how loyal Jim Comey is to… Jim Comey.  For Washington insiders who have been dealing with him since the George W. Bush administration, this isn’t breaking news.
Lacking evidence of actual wrongdoing – in last night’s interview, Comey yet again refused to accuse President Trump of obstruction – Comey turned instead to the petty and political.  He talked about Mr. Trump’s appearance (“His face appeared slightly orange with bright white half-moons under his eyes where I assumed he placed small tanning goggles”), the size of his hands (“As he extended his hand, I made a mental note to check its size. It was smaller than mine, but did not seem unusually so.”) and he called the president “morally unfit.”  It was the sort of snarky partisan punditry found on cable news 24/7.
Then again, should we be surprised?  [I]f Comey ever did see actual wrongdoing by Mr. Trump, do we really believe we’d just be hearing about it from a notoriously leak-friendly fellow like Comey?

I keep coming back to the same question: why did he do it?  Why go out and write a book that could be used against you in a trial?  I don’t know the answer, but Comey needs a criminal lawyer who actually understands what his client is doing to himself.
In the meantime, Comey said nothing, absolutely nothing.
PS: You can listen to my show (Canto Talk) and follow me on Twitter.

Let's have debates rather than calls for boycotts!

Like I mentioned before, I don't watch the "Ingraham Angle" on Fox News.     Normally, I'm busy at that time.   I do catch a few of her podcasts.

Nevertheless, I am thrilled with this headline:   "Ingraham’s Viewership Increases 20 Percent Since David Hogg’s Boycott."

Let's have debates rather than calls for boycotts!

It's hard to get concrete facts news from Iraq. Unfortunately, the war coverage is so partisan that the American people have a hard time deciphering the truth.

Over the last few months, I've started getting my news from other sources.

How is the surge doing? Actually, it is doing well but the task is huge.


""Taking back the streets" is easy. Holding them in the long term is hard. It will take several months before it is known who won the Battle of Baghdad. It's all a matter of crime rates. If the murder rate comes down, you've won. Actually, the murder rate has come down over the last year, but not enough to become news. Eliminating the suicide car bombings would be a real victory, as these operations are largely for the media. Militarily they mean much less than the gun battles between police and terrorist (Sunni or Shia) gangs, or the raids on terrorist safe houses. At this point, the Sunni Arabs are fighting a media war. On the ground, they have lost. But until the media confirms this, they can keep it up."


Will it work perfectly? Probably not. The enemy is determined and cruel.

I found this story rather amazing.

Maybe you should be skeptical of so many leaks! 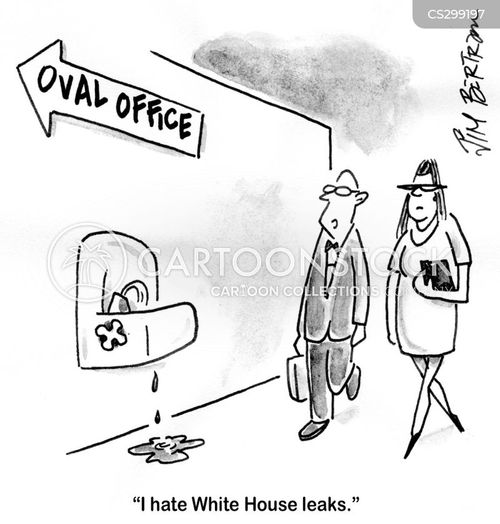 Maybe we should be skeptical of so many leaks!

The latest story about Cohen going to Prague in 2016 is a based on another one of those anonymous sources.

Maybe it's only a coincidence but Mueller's office has issued the following statement:


"A spokesperson for the special counsel’s office wouldn’t comment on the Cohen-Prague story specifically, but told The Daily Caller News Foundation that “many stories” about the Russia investigation have been “inaccurate.”"

In fact, many of those leaks were worthless.   One leak caused ABC News to reassign Brian Ross.   Other reporters have been reprimanded as well.

We understand that leaks are often necessary.    Unfortunately, every story on the front pages these days is based on a "leak".    Furthermore, all of the "leaks" make President Trump look bad.

Drew Robinson playing shortstop for the Rangers? The 6-12 Rangers lost another game but the big story is that Profar left the game with a potential concussion. The DL is growing and growing. What an incredible year so far!
— Silvio Canto, Jr. (@SCantojr) April 17, 2018