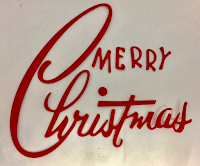 President Trump delivered the biggest Christmas gift of all

We think of Christmas as a time of gifts and giving.   I want to say thanks to President Trump for delivering the biggest gift of 2020 or the vaccine that every "expert" said would never happen so quickly.

I agree with Michael Goodwin:

It is now an established fact that the numerous naysayers who predicted President Trump could never deliver a vaccine this year were wrong. Thankfully, he did what they insisted couldn’t be done.

But the no-can-do crowd now has a second puerile act: a miserly and grudging recognition of the miracle Trump and his team performed. Those expressing pinched gratitude for a fact they can’t deny include the man who has reason to be the most thankful of all Americans.

“I think that the administration deserves some credit getting this off the ground with Operation Warp Speed,” Joe Biden said as he got his Trump vaccine shot.

“Some credit?” Then who deserves the rest of the credit?

Notice, too, that Biden can’t bring himself to say “President Trump.” It’s just the “administration” that deserves “some credit.”

It's too bad but don't expect many on the other side to say "thank you" to President Trump.

In the meantime, just remember to say thanks to President Trump when you are passing the wine around the table.

He did it and that's a big deal!