Our chat with Leslie Eastman, contributor to Legal Insurrection 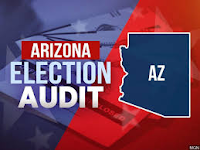 Friday’s video:
Arizona audits and vote integrity
Click to watch:
P.S.  You can listen to my show (Canto Talk).  If you like our posts, click send, and drop a dime here.
Posted by Silvio Canto, Jr. Post Link ---> 10:00 AM

No communion for Joe and Nancy

We're always skeptical of polls but this one confirms what I hear from the people I go to mass with. This is from Catholic Vote:

The survey of regular churchgoers from the conservative group CatholicVote found that 74% believe that Biden should not receive Communion, a holy symbol of the Last Supper.

In the wording of the poll, however, those opposed said that politicians like Biden who don't follow church teachings should not "present" themselves to a priest for Communion, not that the priest should refuse the president.

What's more, 83% of Catholics who regularly attend Mass said that by endorsing positions such as abortion that are contrary to Vatican doctrine, politicians “create confusion and disunity."

Confusion and disunity is an understatement. It confuses the heck out of young people who are caught between the culture and the church teachings.

As a Catholic, I've always felt that the Vatican should be very clear on the matter of abortion. This is a matter of life and death. We've terminated 50 million lives in the U.S. because of abortion. God only knows what the international number is!

Pope Francis has an opportunity to hit our depraved culture between the eyes. The Pope should make it clear that Biden and Pelosi should confess and then publicly call for an end to abortion. If not, then they can search for another church!

It's time, and the parishioners agree.