The shooting in South Texas, Trump in Asia, Moore in Alabama and other stories

We will look at the aftermath of the Sutherland Springs shooting with our friend George Rodriguez who resides in San Antonio.....Roy Moore under fire in Alabama.......President Trump in Asia......now it's Joe Biden's turn to talk presidency............plus other stories of the day........

We've often seen Victor Davis Hanson on TV.  He is a nationally syndicated columnist, a classicist and historian at Stanford University's Hoover Institution.

The professor recalled the 1930's and how Europe did not deal with Hitler until it was too late.   He recalled that:


"Winston Churchill was a voice in the wilderness -- and demonized as a warmonger and worse".

Read this article and share a copy of a friend. Prof. VD Hanson closed with an important reminder:


"In response, either the West will continue to stand up now to these recurring post-September 11, 2001, threats, or it will see the bullies' demands increase as its own resistance weakens.
Like the appeasement of the 1930s, opting for the easier choice will only guarantee a more costly one later."

It's now or later. In the case of the 1930's appeasers, "later" meant 50 million people dead and the Jewish concentration camps.

P.S. During the Obama years, Professor Hanson was a strong critic of his foreign policy:

It was a great achievement.

Where did he come from?

Palmeiro was the Cubs' first-round pick in 1985.  He got his first hit on Sept. 8, 1986, against Philadelphia's Tom Hume. His first home run came the next day against Kevin Gross.

He was traded to the Texas Rangers after the '88 season so that the Cubs could make room for Mark Grace.

Palmeiro became a complete hitter in Texas. He had 203 hits in '91. He showed power in '93 when he hits 37 HRs. He became a model of consistency collecting at least 38 home runs and 110 RBIs for nine consecutive years. His best year was '99 when he hit 47 HRs and helped the Rangers to 95 wins and the AL West!

P.S. Palmeiro was caught in the “substance abuse” scandals.  He killed any chance of going to the HOF.  It’s a shame because he’d reached 3,000 hits without substances.
Posted by Silvio Canto, Jr. Post Link ---> 2:30 PM

August 2005: Bernard Goldberg was right about the debasing of our culture 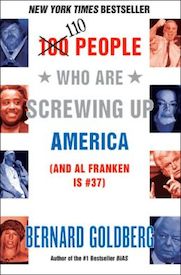 A few years ago, Bernard Goldberg caused a lot of commotion with a book called "Bias".

Ever since, Goldberg has been a controversial fellow. The left hates him.

Goldberg's new book is about our culture, the debasing of our culture.

We live in a culture where everyone drops the "f word" and no one seems to care.

Goldberg is right again. We need to clean up our culture.    In the meantime, check out his book:

We are in the middle of debate for the soul of the country.  It is as close to a civil war as we have come since the 1860's.

Back then the moral issue was slavery. Today, it is life.

On one side are those who want to turn the US into a secular nation. They want to accept everything, including abortion, same sex marriage and the elimination of God from every sentence and corner of the public square.

On the other hand of this debate are the traditionalists who want to promote the Judeo-Christian heritage in schools and public places.  They believe that we should encourage a culture of life rather than death. They are angry that traditions are under siege by movies and TV. They want marriage between a man and a woman. They see abortion as the taking of a human life rather than some legal choice.
Once the moral arguments are exhausted, then we will start to look like secular Europe and that's a frightening concept!

5 or 7 games in the Division Series? 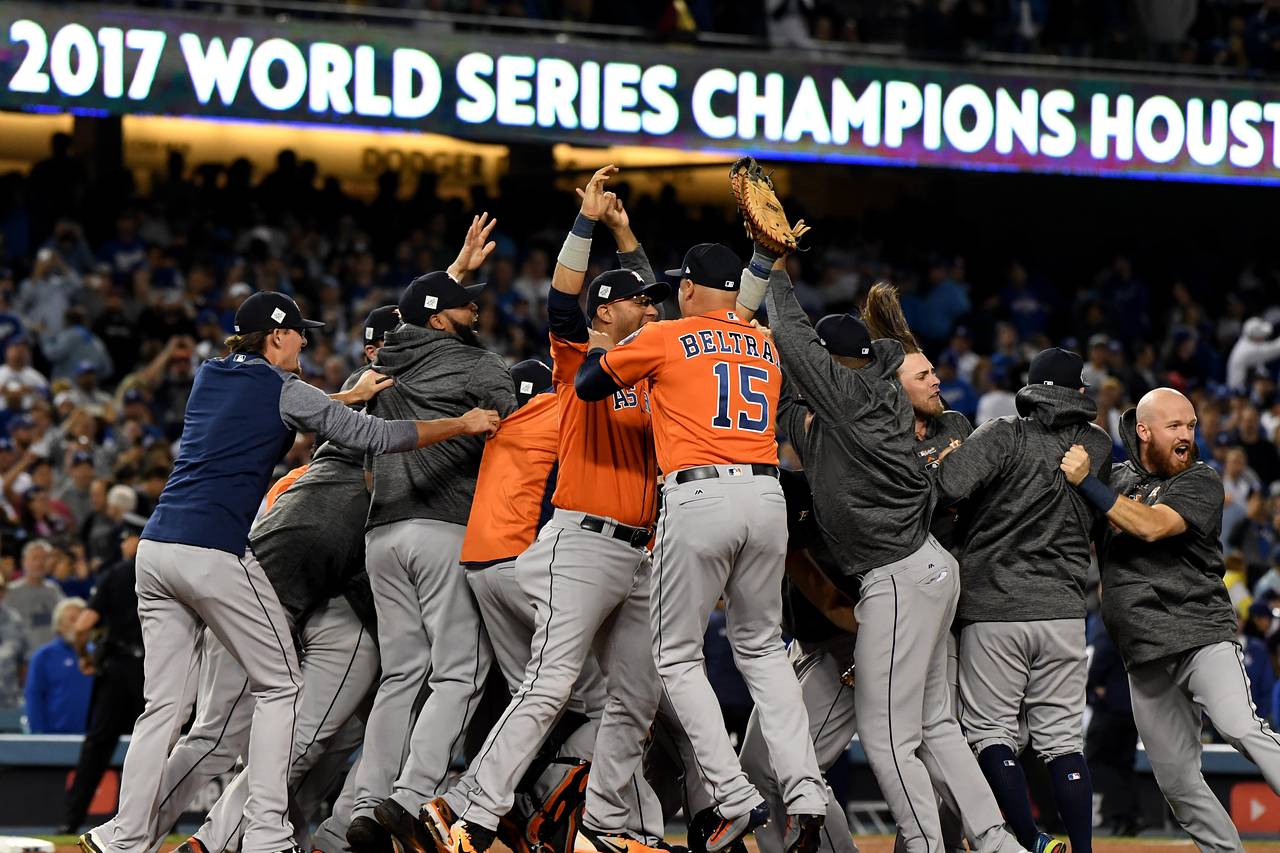 Once again, congratulations to the Houston Astros for winning the World Series.

As you know, baseball has wonderful traditions.   Therefore, a .300 hitter in 2017 can be compared to one in the 1920's.  This is not true of the NBA or NFL because the game is completely different than it was 50 years ago.

It took baseball until 1969 to set up divisions.  Before the '69 season, the AL winner played the NL winner in the World Series.

In the mid-90's, baseball added the wild card and an extra layer of playoffs.

Should the season go back to 154 games?  No. Keep the 162 game schedule but the pre-season has to be cut back by a week to avoid November baseball and bad weather in many cities.

In the meantime, George Will's "Men at work" is still a great book:

Moore was not my GOP choice in Alabama...nevertheless the timing of this allegation is weird:
1979 or 38 years ago & the story breaks 3 weeks before the election....why didn’t it break before? Moore has been a public figure & in many elections...Just a bit cynical about this!
— Silvio Canto, Jr. (@SCantojr) November 11, 2017

One hundred years of failure, but many keep buying it 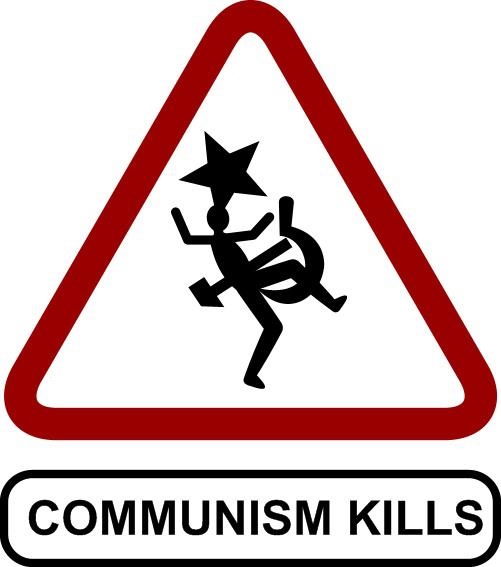 Over the years, we Cuban-Americans have had our long chats (often heated) about communism and socialism.  It’s frustrating that an ideology that has brought about so much misery still has people willing to try it out.  It must be something in human nature that refuses to learn the lessons of the past.
I was so pleased to read this post by Robert Tracinski about communism and how many countries it has destroyed:

Today marks the 100th anniversary of the October Revolution that set off the long global reign of terror of Communism. (For obscure reasons having to do with the outdated calendar used in Russia at the time, the October Revolution actually happened in November, and the Soviet Union traditionally celebrated it on November 7.)
A century of Communism achieved four main results for the people who suffered under it: poverty, oppression, war, and mass death.
Countries taken over by Communists, from China and Russia to Cuba and Venezuela, were either plunged from relative prosperity into starvation or walled off for decades from the growing prosperity of capitalist countries – often right next door, enjoying all the same benefits of geography and culture.
Think of the contrast between East and West Berlin, between Cuba and Chile, between mainland China and Hong Kong, between North and South Korea.

Ain’t that the truth?
Let’s think of Cuba, an experience close to home, as they say.  It was not a perfect country by any means, but no one risked his life in a raft to leave the island.  Yes, corruption was a problem, but no more than it was in other Latin American countries.  In fact, pre-Castro Cuba had a lot of things going for it, as Andrew Stuttaford wrote in 2016:

In the early part of the century the country’s economy, fueled by the sale of sugar to the United States, had grown dynamically.
Cuba ranked fifth in the hemisphere in per capita income, third in life expectancy, second in per capita ownership of automobiles and telephones, first in the number of television sets per inhabitant.
The literacy rate, 76%, was the fourth highest in Latin America.
Cuba ranked 11th in the world in the number of doctors per capita.
Many private clinics and hospitals provided services for the poor.
Cuba’s income distribution compared favorably with that of other Latin American societies.
A thriving middle class held the promise of prosperity and social mobility[.]

That’s exactly the Cuba my parents told me about, and the family pictures confirm it.
Today, Cubans have to live with state food rations.  The health care system is a joke unless you are a Western leftist like Michael Moore and want to believe everything about universal health care.  And there is no middle class in Cuba today.
Over the years, I’ve heard a popular refrain: “You were part of the elite, the rich, the people who exploited the poor” or some nonsense like that.
In fact, nothing could be farther from the truth.  My parents were part of that middle class that made Cuba so fascinating and attractive to immigrants who kept coming to the island.  In other words, my parents grew up on an island where people spoke about the guy down the street who just moved in from Europe to look for a better life rather than their neighbor who was packing up and leaving for a better life in “el norte.”
As a kid in school, my friends had grandparents from Spain, Lebanon, other Latin countries, and China.  I didn’t know anybody who had a family member in the U.S. and lived off the remittances that came south.
All of that changed in the 1960s, when the sons and daughters of those immigrants packed up and left to find freedom and a better life in the U.S.  And we found it because the U.S. was not a communist country.
So why do so many fall for this crap called communism or socialism?  Why do so many people fall for Ponzi schemes?
I can’t say for sure, but our education system may have something to do with it.  Maybe we are not telling our students just how fortunate they are to live here.
PS: You can listen to my show (Canto Talk) and follow me on Twitter.
Tags: 100 hundred years of communism To share or post to your site, click on "Post Link". Please mention / link to the My View by Silvio Canto, Jr. Thanks!
Posted by Silvio Canto, Jr. Post Link ---> 7:00 AM

The 0-9 San Francisco 49'ers have been doing a lot kneeling lately.......but they have also been playing before few fans & getting poor TV ratings......perhaps they should focus more on football and less on sharing their political views..........
— Silvio Canto, Jr. (@SCantojr) November 11, 2017