Another city with a bad case of the political blues

I went to college and started my career in Maryland.  In the late 1970s, Baltimore had hope, a new harbor, lots of real estate development, and great Orioles teams, and the Colts kept losing to the Steelers in the first round.  It was fun to walk around the Inner Harbor and hear about this hotel going up and the other good things coming soon.
Look at Baltimore now.  It is not pretty at all, as David Plancher wrote:

The city’s scary record of 343 homicides in 2017 affirms the city’s well-known reputation as a dangerous place to live.  Even if 2018 has fewer homicides, it doesn’t take a fortune teller to predict that this year’s homicide rate will be high.  Until the city substantially reduces its homicide and other crimes rates, people will continue to view the city as dangerous and be reluctant to stay or move here.
The city’s outrageous property tax of $2.248 per $100 of a property’s assessed value is more than double of its surrounding jurisdictions: Baltimore County, $1.10, and Anne Arundel 90.7 cents.  The city’s burdensome property tax on homeowners explains why the city has more renters than homeowners.  The city’s high income tax is 3.2 percent, the maximum allowed by law.  Baltimore County’s is 2.83 and Anna Arundel’s is 2.56.
The city’s tax message is clear: Move here and pay higher taxes.  People have figured out how to avoid the city’s taxes and still enjoy the city.  They live in surrounding counties and take reasonably priced ridesharing services into the city.

And my friends do exactly that!  They live in the counties surrounding Baltimore.  They avoid the city schools.  They cheer for the Orioles and Ravens, and that’s all that they have to do with Baltimore.
How do you fix a one-party mess like Baltimore?
It’s hard because this mess has been really good for the Democrats who run things.  They have the nice jobs, the guards, and the chauffeurs.  The rest have no jobs and risk getting shot or killed.
P.S. You can listen to my show (Canto Talk) and follow me on Twitter.

Why are Trump's polls up?

Why are Trump's polls up?

Maybe this is part of the answer:   "Number of people getting unemployment benefits falls to 44-year low"!

Mark Zuckerberg is in big trouble 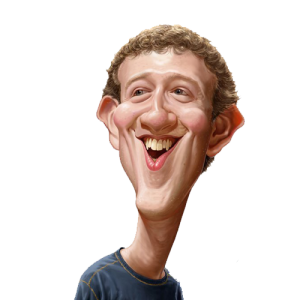 Mark Zuckerberg broke the news today.    He told reporters “….that most Facebook users should assume they have had their public info scraped“.
Frankly, I am not surprised.    I guess that most of us had to know that there was a little too much personal information in Facebook anyway.
The real story is this:   How much of that public info scraped ended up re-electing President Obama in 2012?     How many of those details about our “likes” and “friends” ended up connecting voters with the Obama campaign?
P.S. You can listen to my show (Canto Talk) and follow me on Twitter.
Posted by Silvio Canto, Jr. Post Link ---> 12:30 AM