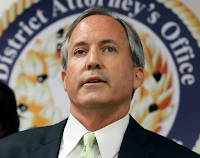 Lots of cash but no flips in Texas

The election was a month ago and Democrats are still trying to understand why so much money got them so few votes in Texas.  This is from the Dallas Morning News:

More than $110 million in campaign cash was spent in Texas’ 12 most contested U.S. House races this election cycle, underscoring the reality that donors -- if not necessarily voters -- considered the state to be a bona fide battleground.

All of that money didn’t end up mattering much. Not a single congressional seat flipped, even after Democrats targeted 10 pick-up opportunities in the House, along with Sen. John Cornyn’s seat in the Senate, and the GOP sought to win back two seats in the House.

But the tallies still represented a significant shift, signaling that there’s enough Democratic enthusiasm in the longstanding GOP state to ensure pricey elections for years to come.

Consider that in Texas’ 12 most active House races, fundraising and spending increased fourfold from 2016. Fourteen candidates brought in more than $3 million this cycle, compared to one four years ago. Democrats in those districts together raised about $53 million, while Republicans posted $58 million.

The cash was evident in all of those political ads.  The Democrat template was to link the GOP candidate to President Trump.  All the ads had the same talking point, from COVID to health care to corruption.  I had the chance to see ads for several congressional candidates and you saw one ad and it was the same as the other one.

The GOP effectively countered those ads connecting the Democrat candidate to lawlessness or "defund the police".  It worked very well in rural Texas.

Based on the results, the GOP ads worked better and generated the kind of turnout that we saw down here.

What happens now? We can say that the Democrats have the donors willing to write checks.  At the same time, they do not have a good message and that's why money did not flip any seats.