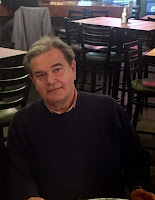 Where are ‘los Americanos’ and their ‘dinero’?

Back in 2015, many people were eager to see Cuba.  The Castro regime played on that curiosity and ran all types of advertisements calling on people to see it for themselves.  It was the ultimate curiosity adventure.  Come down and see Havana, all the 1950s Cadillacs, and tell your friends in the leftist college paradise that you saw the future and everyone has health care.
Well, it looks as though U.S. tourists did not like what they saw.  They don’t want to see it again.  They probably figured out quickly that Cubans want to leave the socialist paradise.
This is the latest from U.S. tourism in Cuba, according to a story that I saw:

During the first three months of this year, 95,520 Americans came to Cuba – a 40 percent drop from the same period last year, according to Cuban government statistics.
The decrease in Americans seeking to discover one of tourism’s last forbidden fruits is hurting this island’s access to hard cash, and setting back the effort to reestablish ties between U.S. citizens and communist Cuba.

Not good, as they say.  I wonder if Raúl Castro is calling former President Obama, screaming, “¿Qué pasó?”  What happened with all of those tourists who were supposed to come down?
Let me share what I’ve heard about going to Cuba:
1. A couple who recently went to Cuba complained that there are not enough hotel rooms, the air-conditioner does not always work, and getting around is a pain in the you-know-what.  In other words, Cuba is great if they fly you into a tourist trap on the coast and you enjoy the beach.  It is not for the rest who want to walk around and see the country for themselves.
2. A Dallas friend who was curious said it’s not pleasant to see the Cuba behind the curtain or the Cubans living in damaged homes or lacking everything.
And I’m sure you’ve heard your own stories.
As expected, the Castro regime apologists are blaming it on President Trump.  In reality, the problem is that Cuba is no tourism destination unless you are going there for ideological reasons.
Who knows that Castro’s Cuba stinks?  The tourists who came, saw the awful truth, and have no plans to come back.
PS: You can listen to my show (Canto Talk) and follow me on Twitter.
Posted by Silvio Canto, Jr. Post Link ---> 10:30 PM

The left can't control itself

The left can't control itself.    For example, what do you do when The First Lady is in the hospital?

Well, most people wish her a quick recovery.   After all, we are talking about the wife of the president, the mother of his son and a non-political figure.

Then there is this story:


""Not to be snarky, but Melania can probably use a week’s rest from Blabbermouth Don," King tweeted.
"Sounds heavenly to me.""

Ain't that sweet?   The left is out of control and they don't know it.