Trump said goodbye and immigration reform will be tough & other stories

Trump said goodbye and immigration reform will be tough & other stories 01/19 by Silvio Canto Jr | Politics:
Trump said goodbye and reminded us of his accomplishments.....Immigration reform will fail if they go for path to citizenship.......Presidential approvals......The Paris Climate Accords were never binding because it was not approved as a treaty........Robert E Lee (1807-70)......
and other stories......click to listen:
Posted by Silvio Canto, Jr. Post Link ---> 8:00 PM 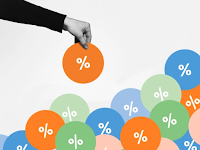 Over Sunday lunch, I mentioned to a friend that Rasmussen Reports reported that President Trump’s approval was 48%.  My friend was shocked and so was I.  After all, this number comes two weeks after we’ve had nothing but 24/7 “blitz” against Trump.

My friend asked:  What about another poll?  Are they showing the same thing?    The answer is “yes”.   Check out the NBC News poll:

A poll released by NBC News on Sunday morning found that President Trump’s approval rating has remained relatively unchanged following deadly rioting by his supporters at the U.S. Capitol earlier this month.

The new poll found that 43 percent of voters gave Trump a positive job approval rating, a result consistent with polling as recently as just before the November election.

So what’s going on?  It confirms two things:

First, most Americans are smart enough to know that President Trump did not incite a riot.  There were over 100,000 people and 100 got out of control.  And now we hear that some of the marchers came to riot not participate in the day’s events.

Second, saturation kills whoever is doing the saturating.  The vicious attacks on President Trump just plain backfired.  It was too much, as Liz Peek wrote today.

My advice to President Trump is to go into hiding for nine months and avoid public comments.   I wouldn’t be surprised if voters miss him after they watch what the left will do the country.