Monday's show: Bolsonaro won and a few other thoughts

Monday's show:
Bolsonaro won and a few other thoughts 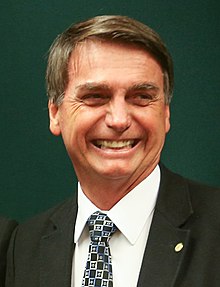 The Cuban version of capitalism is not working

The Cuban regime needs dollars or other froms of hard currency desperately.  At the same time, they are not making it possible for Cubans to participate in foreign investment ventures.  Therefore, the money comes in and leaves the island.
As we saw in the Miami Herald :

The Havana Consulting Group, based in Miami, has estimated that in 2017 more than 48,000 Cubans made an average of 11.5 trips abroad to buy merchandise. The value of that activity far surpasses the foreign investments that the Cuban government has managed to attract to the Mariel special development zone — barely $265 million in 2017.
Havana Consulting has estimated more than $2 billion may leave the country with the Cuban shoppers, about the same amount that the Cuban government estimates it needs in foreign investment per year.
The Cuban government “is not taking advantage… of the large amount of hard currency that these businesspeople generate, compared to the drought of hard currency faced by state companies and the central government administration, which has forced the government to drastically reduce the purchase of raw materials abroad and led to its failure to pay many providers,” Havana Consulting President Emilio Morales wrote in a report.
The $2.39 billion that Morales estimates leaves the country winds up abroad with airlines, hotels, drivers, shop owners and the companies that ship packages to Cuba.
Many Cuban business owners also have managed to obtain residence in the United States, Spain and other countries, which allows them to buy properties and obtain loans and credits that they use to finance businesses on the island…
But the government allows all that money to seep out of Cuba because of its ambivalent attitude toward the private sector, experts say.

I am not sure that it’s ambivalence about the private sector.   The real answer is that they are scared to death that all of these joint ventures will make Cubans prosperous, independent of government, and suddenly turn them into capitalists.  Also, Cubans will start having meetings with foreigners about their business ventures and government will not be around to know what’s going on.
Cuba is ambivalent about the private sector because it is ambivalent about freedom.
The story is still the same.  You can bury Fidel and talk about reforms.  However, you can’t reform a communist state, as Gorbachev learned in the late 1980’s.
PS: You can listen to my show (Canto Talk) and follow me on Twitter.