Is there a bigger clown in the U.S. Senate than Cory Booker?

The U.S. Senate is for serious people, unless we are talking about Senator Cory Booker.   Let's remember Sen. Booker now and then with Judge Brett Kavanaugh.

I'm sure that all of you remember Sen. Booker doing everything under the sun to derail Kavanaugh's confirmation to the Supreme Court, including making a total fool of himself with his “I am Spartacus" moment.
This is from Jess Lawson:

For those who may not be old enough to remember, there was a time when Democratic senators actually fulfilled their duties at these hearings by fairly scrutinizing a Supreme Court nominee to confirm his or her worthiness. But Booker’s priority is clearly on him preserving his joy and ensuring Jackson makes it to the bench: qualifications be damned.

Consider some of the following outlandish statements by the senator:

“You didn’t get here by some leftwing agenda.”… That’s funny senator because President Biden openly admitted that he was only going to consider a black woman as his nominee; that’s kind of leftwing, don’t you think?

“You’re a person who’s so much more than your race and gender.”… It’s interesting you should say that Senator Booker, because during the entirety of your comments you focused on nothing but Jackson’s race and gender.

“It’s hard for me to look at you and not see my mom.”… We’re debating, as a nation, whether to put this woman on the highest court in the land for the rest of her life, and you’re comparing her to your mother? That’s some serious inspection of Jackson’s credentials you’re doing there, senator.

So there you have it.   That's who represents the state of New Jersey.

According to news reports:  "Census Bureau says N.J. losing population at a faster clip than most other states."

Anyone surprised about that?   Talk to anyone from New Jersey lately?

Maybe the senator should get serious and do "I am a New Jersey" moment and call on the state government to make itself more attractive to taxpayers, business owners and black parents whose children are stuck in lousy schools.

In the meantime, I guess I will see more "Garden State" license plates down here in Texas and Sen. Booker running for president the next time around. 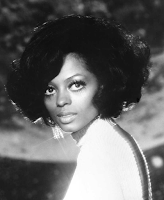 We remember Diana Ross who was born in Detroit on this day in 1944.

Question: Is that possible? I guess that time really does fly by!

We have followed Diana Ross from The Supremes to her solo career.

The Supremes had a bunch of # 1 singles.   In the late 1960's, they were one of the most consistent hit makers along with The Beatles.   In the 1970's, Diana went solo and the hits kept on coming.

She is a great performer and artist!
P.S.  You can listen to my show.  If you like our posts, please look for ”Donate” on the right column of the blog page.

A chat with Matt Baldoni about his career and the Australian Bee Gees....Listen in now at https://t.co/aV8G5WG4IM. #BlogTalkRadio
— Silvio Canto, Jr. (@SCantojr) March 17, 2017