The media are pushing narratives rather than facts 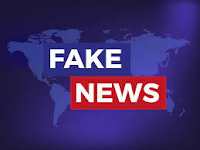 Years ago, I remember watching someone say on TV that too many newsrooms write the headline and then tell the reporters to suit the facts to it.  I don't know how rampant that is, but the Atlanta shootings make me wonder.

We were told that a white man (who else?) shot a bunch of Asians.  Why?  I guess because he hates Asians.  Some in the media ran with that story until we learned a few facts about the alleged shooter.  In other words, the facts did not prove the headline!

Andrew Sullivan has a point:

We have yet to find any credible evidence of anti-Asian hatred or bigotry in this man's history.  Maybe we will.  We can't rule it out.  But we do know that his roommates say they once asked him if he picked the spas for sex because the women were Asian.  And they say he denied it, saying he thought those spas were just the safest way to have quick sex.  That needs to be checked out more.  But the only piece of evidence about possible anti-Asian bias points away, not toward it.

Who knows why he did it?  Nobody knows, and we may never know.  It sounds to me as though the man has mental issues rather than vices of "white supremacy."

Nevertheless, some in the media just couldn't wait to pin another one "white supremacy," which is nothing but another way of keeping President Trump in the news.  They can't get over talking about 45, even if means creating narratives that have nothing to do with the truth.  The man in Mar-a-Lago is still living rent-free in their heads!

Diversity?  Yes. our newsrooms need lots of it.  They need people who are not "woke" or trying to "outwoke" the other newsroom.