Obama at the Lewis funeral plus Dr. Fauci & protests and police vs Democrats

Obama at the Lewis funeral plus Dr. Fauci & protests and police vs Democrats 07/31 by Silvio Canto Jr | Politics:

Friday’s video: Vote by mail is a problem.

Friday’s video:
Vote by mail is a problem...
Click to watch: pic.twitter.com/4Yf0YBWhXA 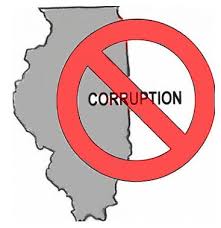 The pandemic has hit us hard.  In other words, I think that a little generosity is good and we should help states adversely affected by the pandemic.
Unfortunately, Illinois does not have a pandemic problem.  Of course, the pandemic has hurt but the issues are lot more complicated than blaming the virus.
It’s good to see the Chicago Tribune set the record straight:

Why do we have such little faith in Illinois pols to manage the people’s money responsibly? Because we, like you, live here.
Since 2003, Democrats have controlled the state legislature and failed to address rising pension unfunded liabilities. That year, under Gov. Rod Blagojevich, Illinois borrowed $10 billion and still shorted the pension funds. Lawmakers skipped full payments to the pension funds in 2006 and 2007, then borrowed again to make partial pension payments in subsequent budget years.
Even after raising income taxes 67% for four years in 2011, and after another tax hike in 2017 with GOP support, this state’s balance sheet remains a mess. We’ll ask: How is it possible to accumulate for more than a decade billions in unpaid bills and unfunded pension obligations, and still leave Springfield every May claiming to have a balanced budget?
So we have learned: Give Illinois money, and the politicians will mismanage it.

No kidding they will mismanage it.
Many in Illinois think that a President Biden and Congress will be more generous than a second term President Trump.  I don’t think so.
Our next president will face a huge budget deficit and it’s hard to see how he can send billions of dollars to Illinois without throwing the economy into further recession.
Candidate Biden may be saying what Illinois wants to hear.  Reality will be different because I don’t think that the country is in the mood to bail out corruption and obvious mismanagement.
P.S.  You can listen to my show (Canto Talk) and follow me on Twitter.
Posted by Silvio Canto, Jr. Post Link ---> 7:19 AM

How in the world could so much of The Third Word be so poor? What a terrible mess.

How could so many rich countries be so poor?   They have some of the largest mineral and natural resources in the world.
What The Third World needs is simple capitalism. Nothing fancy just Economics 101 capitalism.

They need freedom, political and economic.

These countries need to promote private property rights, and more importantly, governments who understand the connection between the rule of law and prosperity.

Therefore, I would make the following suggestion. Every Third World leader should be required to read a book before they get another dime from the US, IMF or anybody else.

Let them pick up "Free to choose" by Milton Friedman, the same one who spearheaded the Chilean revival of the late 1970's.

These books will give these leaders a lesson on the failure of 3rd world economies.

We would always recommend a Friedman book for summer reading.   So check out his page and look at getting one for the summer.       Here is a good one to start with:


"To summarize, deficits are bad--but not because they necessarily raise interest rates. They are bad because they encourage political irresponsibility. They enable our representatives in Washington to buy votes at our expense without having to vote explicitly for taxes to finance the largesse. The result is a bigger government and a poorer nation. That is why I favor a constitutional amendment requiring Congress to balance the budget and limit taxation." (from "The Taxes Called Deficits," April 24, 1984)


"It is important to emphasize that economic arrangements play a dual role in the promotion of a free society. On the one hand, "freedom" in economic arrangements itself a component of freedom broadly understood, so "economic freedom" is an end in itself to a believer in freedom. In the second place, economic freedom is also an indispensable means toward the achievement of political freedom. . . . " (from "Capitalism and Freedom: Why and How the Two Ideas Are Mutually Dependent," May 17, 1961)


"The only way we are ever likely to get it is if there is a drive for a constitutional convention to repeal the 16th Amendment (which gives Congress the power to tax income) and replace it with one mandating a flat-rate tax. However, I regret that that is not an immediate prospect." (from "Why a Flat Tax Is Not Politically Feasible," March 30, 1995)

Let me say it again. Milton Friedman was a consequential voice in promoting freedom and free markets.