"Gone with the wind" is out plus Seattle & Chicago lawlessness and other stories 06/10 by Silvio Canto Jr | Politics:

Wednesday’s video: A message in support of our police. 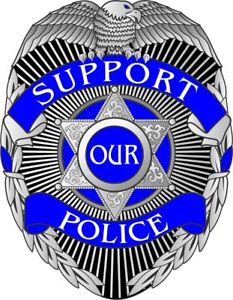 Back in the summer of 1967, our family drove from Wisconsin to Minneapolis-St Paul to catch our first major league game in person.   I remember reading something in the motel that Minneapolis was known as the “Mill City,” a reference to the city’s flour milling industry.
Well, what’s going on in the Twin Cities today?
We see in this local story:

A Minneapolis manufacturing company has decided to leave the city, with the company’s owner saying he can’t trust public officials who allowed his plant to burn during the recent riots. The move will cost the city about 50 jobs.
“They don’t care about my business,” said Kris Wyrobek, president and owner of 7-Sigma Inc., which has operated since 1987 at 2843 26th Av. in south Minneapolis. “They didn’t protect our people. We were all on our own.”
Wyrobek said the plant, which usually operates until 11 p.m., shut down about four hours early on the first night of the riots because he wanted to keep his workers out of harm’s way. He said a production supervisor and a maintenance worker who live in the neighborhood became alarmed when fire broke out at the $30 million Midtown Corner affordable housing apartment complex that was under construction next door.
“The fire engine was just sitting there,” Wyrobek said, “but they wouldn’t do anything.”

No, they did not do a thing — we saw it on TV.
At any level, this is local government at its most irresponsible state.  What is the point of paying local taxes if the mayor will not allow the police or fire department to protect citizens or their property?  What about paying state taxes so that a governor calls for a curfew and then does not back it up with troops?
Many more will leave, as happened in Baltimore.  I’m just hoping that the citizens of Minnesota remember all of this in November when they finally have a chance to settle scores with bad leadership.
P.S.  You can listen to my show (Canto Talk) and follow me on Twitter.
Posted by Silvio Canto, Jr. Post Link ---> 6:34 AM

We remember Nate Hentoff who was born in Boston on this day in 1925.  He died in 2017.   This is what Bill Katz wrote about him today:


He was one of my idols, one of the last of the great, honest, liberal journalists who pursued the truth wherever it led.
He was pro-life, which could have easily gotten him banished from the circles in which he traveled.
He called out Communist infiltration of institutions.
He was fiercely pro-freedom.  I don't know of anyone like him today.

This is the obituary from The New York Times.

We remember her for shouting "Viva la France" in that amazing scene from "Casablanca":