Trump week 1 plus the Democrats 2017 with Barry Casselman, The Prairie Editor

The marches, Trump week # 1, NAFTA, Brazil and other stories of the week 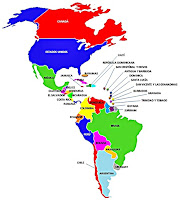 President Trump needs to lower the volume on Mexico

It was a tough week for the U.S. and Mexico.  It started with talk of President Peña-Nieto visiting the U.S., but it ended with a cancelation of the visit.
To be honest, I think President Trump pushed President Peña-Nieto into a corner.  It was wrong, but both sides will get over it.  Mexico and the U.S. need each other a lot.
Down in Mexico, there is a “Mexico first” movement brewing, too, and none other than Carlos Slim is in the picture.
This is from CNBC:

Mexican billionaire Carlos Slim said a united country could help the government negotiate with President Donald Trump.
Mexico needs to negotiate from a position of strength, Slim said in a Fridaynews conference.
Slim, who gained a $50 billion fortune owning mobile network America Movil, argued the clash between Trump and Mexican President Enrique Pena Nieto has brought Mexico together.
Slim urged political parties in the country to unite behind Nieto.
While he called Trump a great negotiator, Slim said Friday that Mexico should not be scared of him or assume things will go badly.

Slim even joked that the U.S. will need Mexicans to build the wall.
During the last few days, I’ve exchanged a few messages with Mexican friends, and they are angry with Mr. Trump.  They fear that Mr. Trump is making Mr. Lopez-Obrador, the leftist who nearly won the 2006 election and put up a strong showing in 2012, into the next president of Mexico.
AMLO, as he is known in Mexico, is a leftist in the style of Chávez, or not the kind of man we really want next door.  You can count on him to be a nuisance and not cooperate with the U.S. at all.
Do you think we have troubles with Mexico?  Wait until a Chávez disciple takes over!
At the same time, some of my friends feel that Mr. Trump may actually be doing a much needed favor.  In other words, Mr. Trump may be forcing Mexicans to realize that they are too dependent on remittances (U.S. $25 billion) and not doing enough to make the country more appealing to the young people who are cutting our grass and fixing our roofs.
Time will tell where this story goes.  We are entering into a new period of U.S.-Mexico relations.
It could be good or bad.  I guess it depends on Mr. Trump and how far he wants to fight with Mexico.  I hope Mr. Trump lowers the volume because we have much bigger problems in this world than Mexico.
P.S. You can listen to my show (Canto Talk) and follow me on Twitter.
Tags: US-Mexico 2017  To share or post to your site, click on "Post Link". Please mention / link to the My View by Silvio Canto, Jr. Thanks!
Posted by Silvio Canto, Jr. Post Link ---> 7:30 AM

Violence in Chicago and will President Trump intervene with Michael Bargo.