The week in review with Bill Katz the editor of Urgent Agenda 04/19 by Silvio Canto Jr | Politics:
Guest: Bill Katz, the editor of Urgent Agenda.......Are parents finally fed up with schools?......Gun control and mass shootings.......Our cities burning.........Maxine Waters goes irresponsible again........The border crisis and the VP is off to Guatemala......Court packing and Democrats.....President Biden's infrastructure plan not getting much GOP support.........and more stories....click to listen:
Posted by Silvio Canto, Jr. Post Link ---> 1:00 PM 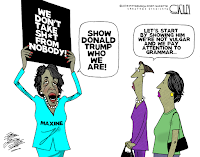 It's time for a serious Democrat to call for Waters' resignation 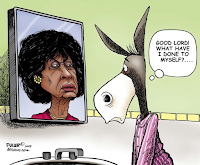 Once upon a time, there was Senator Joe Lieberman speaking out against President Clinton on the floor of the U.S. Senate.  It was 23 years ago but it seems a lot longer than that.  Or what about that incident from 1992 known now as Bill Clinton's Sister Souljah moment.  In both instances, a Democrat was willing to challenge his party.

No one in today's Democrat Party has the backbone or the willingness to take on another Democrat, especially Representative Maxine Waters.  The lady from California took recklessness and irresponsibility to another zone with her latest remarks:

Waters said she was "hopeful" Chauvin would be convicted of murder, but if he isn't, "we cannot go away."

I remember when remarks like that would have at least prompted her hometown's newspaper to call for a resignation.  Furthermore, the party leadership would have told her to cut it out and get back to work.  What we have here is a member of Congress threatening a jury or inspiring the mob if they don't like the verdict.

I guess that was then and this is now.  Today's Democrat Party is run by people who think that everything is about race or whining about the police.  They don't seem to understand that people will get hurt when you speak this way.