Saturday's video: Too much politics even now in funerals

Saturday's video:
Too much politics even now in funerals

Saturday Sept 1: The McCain funeral was no place for political messages....celebrate his life. He was a great man and that’s what we have to say.....click to watch..... https://t.co/ZKGX0vEAec via @YouTube
— Silvio Canto, Jr. (@SCantojr) September 2, 2018

Violence is out of control in Brazil

Do you have any Brazilian friends?  What are you talking about these days with people from that great country?  My guess is that your friends are saying the same thing my friends are saying.  In other words, do something about this out-of-control killing.
Sixty-three thousand people killed in a nation of 200 million!  And that’s the official number.  It could be a lot more, especially in the poorer areas.
So crime has created a law-and-order solution with a Brazilian flavor.  Check this out:

“A leading candidate in Brazil’s presidential election said police should be given license to kill criminals and those who do should receive medals not face prosecution.
Hard-right candidate Jair Bolsonaro said in an interview Tuesday night that he would “leave good people out of range of the shooting” and go at criminals full steam.
“This kind of people (criminals), you cannot treat them as if they were normal human beings, ok? We can’t let policemen keep dying at the hands of those guys,” Bolsonaro said on TV Globo’s main nightly news program.
“”If he kills 10, 15 or 20 with 10 or 30 bullets each, he needs to get a medal and not be prosecuted.””

I understand Mr. Bolsonero. The violence is out of control in the major cities.
At the same time, he is overreaching with these comments.
A better idea may be to declare “martial law” in certain areas and go after the gangs with full military force. Take Chicago, where the violence is generally in one area, as I understand, and multiply it by a dozen locations in Rio, Sao Paolo, and elsewhere.
Secondly, Brazil has to tackle its porous borders!  This is a terrible problem and will require more political willpower.
Drugs are flooding Brazil and turning it into a major distribution hub.
Bolsonaro is expressing a lot of frustration.  However, people want something done and killing a few criminals without much regard for the rule of law may be coming to Brazil.
PS: You can listen to my show (Canto Talk) and follow me on Twitter.
Posted by Silvio Canto, Jr. Post Link ---> 10:30 PM

Big mess: Judge Hanen confused things even more by writing an opinion that keeps DACA in life support for a bit longer.
It's a loss because Judge Hanen made it clear, in his words, that he would likely terminate DACA.
Take it to The Supreme Court please!
— Silvio Canto, Jr. (@SCantojr) September 1, 2018 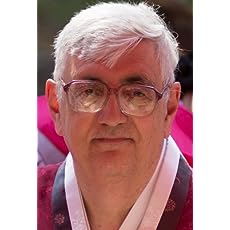 How did we ever get by without blogs for all of those years?
I love Don's ability to write a headline!

Congratulations to our friend Don for keeping us informed and laughing!

Beto out Kerry maybe in!

Well, I guess it's not settled science after all. In fact, there are quite a few scientists who disagree.


How about that?Man-Made Global Warming: 10 Questions
by Pat Sajak is worth reading or sharing it with a friend who may be contemplating cutting his wrists over global warming. I like this point:


"I’m always troubled by arguments that begin, “Everybody agrees...” or “Everyone knows...”

In fact, there is a good deal of dissent in the scientific world about the theory of man-made global warming.

A large (and growing) segment of those who study such things are questioning some of the basic premises of the theory.

Why should there be anything wrong with that?

Again, this is a big deal, and we should have the best information and opinion from the best minds."

So enjoy your party drinks. Your ice cubes won't be melting anytime soon. Better than that, The North Pole won't look like Acapulco in our lifetime either! Captain Ed has a great post about the upcoming election:

"Let's pause a moment and let this sink into the consciousness. More than six years after 9/11, the Democrats still have no comprehensive national security or counterterrorism plan.

They feel that such a discussion will "blindside" them -- a term from football meaning an attack from an unseen direction -- despite the issues being consistently rated as primary among voters for years.

They have no preparation for this discussion, and apparently consider it some kind of dirty trick, if you read more of Edsall's essay.
Perhaps the Democrats ought to familiarize themselves with the Constitution of the nation they want to run.

The primary duty of the federal government, and especially the executive, is not issuing handouts or manipulating the economy.

It is not running health care or setting wage floors.

The primary duty of the federal government is to "provide for the common defence". (Blindsided By National Security?)