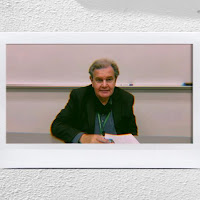 Monday's video:
New York losing police officers...The January 6th committee is a partisan sham...
P.S.  You can listen to my show.  If you like our posts, please look for ”Donate” on the right column of the blog page.
Posted by Silvio Canto, Jr. Post Link ---> 11:30 AM

(My new American Thinker  post)
The much-awaited January 6 committee presentation finally happened. First, the TV ratings were not good. Second, the presentation was as partisan and one-sided as expected. Third, public opinion did not move.   Last, but not least, the only thing that changed is that gasoline prices will be higher the next time you fill up:  $ 4.69 in North Texas!

It failed because it was such an obviously "get Trump" show, as Roger Kimball wrote:

The whole raison d’être of the January 6 Committee is to show that Donald Trump colluded with various nefarious forces -- in this week’s episode, it’s the paramilitary group called the Proud Boys -- to stage a “coup” and “overturn” the 2020 election. The problem is that the unruly protest at the Capitol on January 6, 2021, was neither an “insurrection” nor an attempted coup. It was, as Tucker Carlson said at the time, a protest that “got out of hand,” and besides Trump didn’t even know who or what the Proud Boys were until after the event.

It was a stupid decision to enter the Capitol.  However, our democracy was never threatened any more that when several Democrats did not want to certify the 2016 election results.  Or the 2004 Bush reelection victory!  Or when Hillary Clinton goes around refusing her loss.  Or Stacy Abrams and  the 2018 Georgia results.

So who is going to watch the next episode?  I don't know, because the guys in the sales department will scream if  they have to surrender any more of their regular programming to this farce.

In the end, the "get Trump" show did not get him.  I am not saying that he is going to win in 2024 or that I want him to run.  I'm just saying that some of these people need to start figuring out the price of gasoline and cereal because that's where the country is at.

A word about June 13 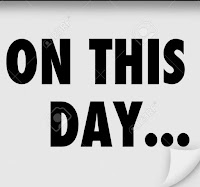 "Miranda rule":    On this day in 1966, The Supreme Court wrote the "Miranda v Arizona" decision.  It established the principle that all criminals suspects must be advised of their rights prior to interrogation, i.e. "You have the right to remain silent......"