Texas opened and some go crazy plus President Biden invisible 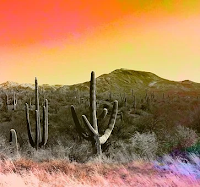 We recently had dinner with some Mexico City friends.  It happened on the day that Governor Greg Abbott announced that Texas is now open.  During our conversation, we were reminded of just how bad the COVID situation is in Mexico, from schools closed to businesses shut down to people in panic about the situation.

So why would we let people in without testing them?  Is anyone surprised that some of these people would be infected?

This is from ABC news reports:

Miriam Izaguirre, a 35-year-old asylum-seeker from Honduras, crossed the Rio Grande at dawn Monday with her young son and turned herself in to the authorities.    A few hours later she was released, and the first thing she did was take a rapid test for Covid-19 at the Brownsville bus station. They told her her test came out positive.

"Right now we were tested for Covid and they separated about eight of us because we were positive," she told Noticias Telemundo Investiga. "We are waiting right now." She was waiting to catch a bus to Houston.

Other migrant families who also said they had tested positive were waiting to go to other destinations: North Carolina, Maryland and New Jersey.

Wonder what they are thinking about this in North Carolina, Maryland and New Jersey?

And now we hear that a growing number of underage migrants will be arriving at the U.S.-Mexico border!

How are these underage migrants getting to the border?  Who is taking them there?  What criminal elements are potentially using these kids or charging their parents money to bring them to the border?

In the meantime, the Biden administration tells us that there is no crisis on the border.   We just have a case of "loving parents" sending their kids north.