Monday’s video:
The Olympics and TV ratings
Click to watch:
P.S.  You can listen to my show (Canto Talk).  If you like our posts, click send, and drop a dime here.
Posted by Silvio Canto, Jr. Post Link ---> 2:00 PM

Will Bill Maher save the left? 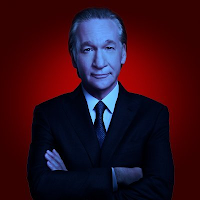 President Biden and Speaker Pelosi are scared to death of the left.  We saw this in 2020 when they wouldn't condemn the looting and violence we saw from the coast to coast.   They may never have said "defund the police," but every police officer knew who was watching their back.  It certainly was not the Washington Democrats.   Since assuming the presidency, Biden has allowed the left to open the border and write his executive orders.   Has he pushed back?  No!

Over at HBO, Bill Maher is on his own and calling out the "wokes."  This is the latest from  Maher:

Remember when your teacher used to try to scare you, they'd say, 'You know, this is going to go down on your permanent record?' No longer an empty threat now. This is called a purge. It's a mentality that belongs in Stalin's Russia. How bad does this atmosphere we are living in have to get before people who say cancel culture is overblown admit that it is, in fact, an insanity that is swallowing up the world?

That is not a conservative position, my friends. My politics have not changed. But I am reacting to politics that have. And this is yet another example of how the woke invert the very thing that used to make the liberals liberal. Snitches and bitches? That's not being liberal. The Associated Press is a real news organization, yeah? So why am I reading this headline: 'Olympic surfing exposes whitewashed Native Hawaiian Roots.' Yeah, the Olympics added surfing this year. Good. Surfers deserve to be recognized as athletes. I'm sorry, what I meant to say is no, that’s cultural appropriation...

I must say of all the violations of the woke penal code, cultural appropriation just might be the dumbest of all. First of all, there are 25,000 islands in the Pacific. How do we know a Hawaiian was the first to stand on a board in the water? It seems like something anyone in any ocean would eventually get around to. And if you’re a surfer, it doesn’t matter if you’re black, white, or in between you all taste the same to sharks...

Change is not synonymous with progress. Newer doesn't automatically mean better. This new idea that each culture must remain in its own separate silo is not better, and it’s not progress. And in fact, it’s messing with one of the few ideas that still really does make this melting pot called America great. Not everything is about oppression, stealing natural resources from indigenous people.

Well done, Mr. Maher.   My guess is that he speaks for a lot of Democrats who are scared to death of expressing similar opinions.

Maybe Maher should have reminded the networks that the Olympics have been a ratings disaster.  Maybe it's the time zone difference but more likely it's commercials and athletes who keep telling you how terrible the country is.  To be fair, some U.S. athletes saluted the flag but too many people are just turned off by Megan Rapinoe and others.

Memo to the Democrats:  Listen to Maher because he is the only one making sense on your side.