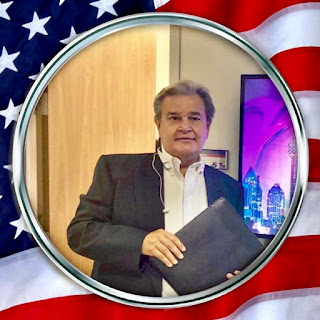 Incredibly, New Yorkers did not fire the management team running their state. I guess that they want more of the mess from high taxes, crime and people moving to Florida. I hope that every New Yorker checks out Michael Goodwin:

It’s now 20 years and counting since George Pataki won his third term in 2002, marking the last time someone other than a Democrat won a statewide race. Governor, comptroller, attorney general, two United States senators — all blue. It’s not only tiresome, it’s destructive. One-party rule has driven the Empire State into the ditch, and now it can’t get out.

A New York big ditch or a hole like a moon crater. Yes, New York’s management team will spend the next four years investigating Trump and watching the locals rent a U-Haul truck for the long ride to Florida. To put this into numbers, recent datashowed:

We are turning into a country of prosperous red states, like Texas and Florida, and failing blue states like New York and Illinois. How else do you explain voters re-electing governors in Illinois and New York? Remember the one about doing the same thing and expecting different results?

The big vote did not happen on Tuesday. Instead, it happens every day when New Yorkers put on the red sneakers and go south.

Best of all, they can catch the Yankees in Tampa! World War I ended on this day in 1918.   Over time, we've remembered the veterans on this day.

Thanks to all of those who served in past wars and defend our freedoms today.   Let's give special mention to that "citizen soldier" or the man willing to fight for our freedoms.
P.S.  Check out my blog for posts, podcasts and videos. If you like our posts, please look for ”Donate” on the right column of the blog page.