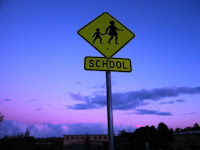 As we count votes in California and wherever, one thing about the 2022 was certain: the parents showed up to vote.  This is from Paul Zimmerman:

In fact, data suggest that victorious Republican candidates received a boost from parental frustration with prolonged school closures in their districts.

In Georgia’s Fulton County, where Atlanta schools remained closed through May 2021, and Chatham County, where Savannah’s schools stayed closed during the same time period, Governor Kemp siphoned off an extra four to five percent of voters in 2022 as compared to Donald Trump’s performance in 2020.

Nevada’s Democratic gubernatorial candidate Steve Sisolak, competing with now-Governor-elect Joe Lombardo, performed worse than President Biden in 2020 by three percentage points in both Clark and Elko Counties -- both of which remained closed for portions of the 2020–21 school year.

The clear lesson is that conservatives running for election at the state level can win with a solid policy agenda pledging to advance parental rights and education freedom, and by backing up that agenda with solid victories over the unions and their progressive allies while in office.

Conservative candidates who heed this lesson and pledge to counter the union command-and-control agenda are poised to improve their performance in future elections. Progressives who cater to union bosses -- and political opportunists who fail to make good on their campaign promises to expand education freedom -- have a long road ahead in a world that is leaving them and their tired policies behind.

To borrow a phrase, the political battlefield over education in America might just be where woke goes to die.

Here in Texas, we are getting ready for the 2023 legislative session and school choice is one of the top issues.  The combination of parents fighting for their kids at the school board level and legislators promoting school choice in Austin may be the perfect storm to put mom and dad in the driver's seat on this issue.

Yes, the big red tsunami did not hit everywhere on election day, but school boards were a big success story.

Woke dies because parents fight.  That's something else to be thankful about.

Russell Earl O'Dey was born in Florida on this day in 1951.   He ended up as Bucky Dent.

From 1977 to '82, he was with the Yankees and that's where he hit one of the most famous HR's in New York-Boston history.    It happened in the 1-game 1978 playoff to determine the AL East champion.

Overall, he played 12 seasons and hit .247.    However, it was that swing at Fenway Park that made him a big hero for the Yankees and forever hated in Boston.

Bucky Dent was a part of the 1978 New York Yankees, one of the most amazing championship teams ever.
P.S.  Check out my blog for posts, podcasts and videos. If you like our posts, please look for ”Donate” on the right column of the blog page.